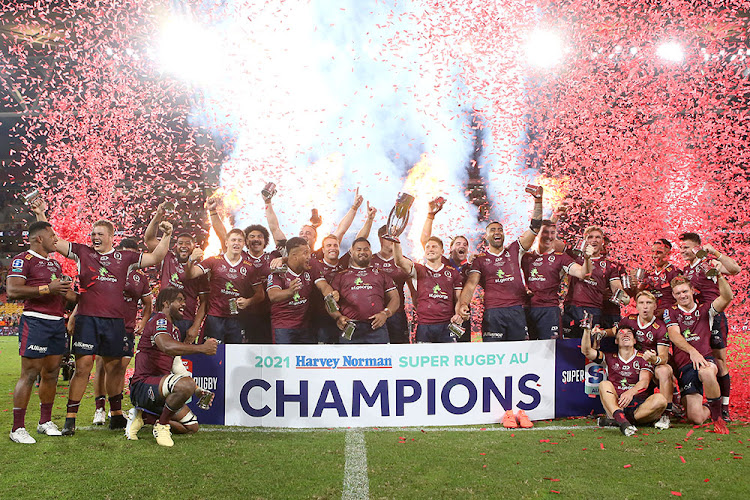 The Reds' coach Brad Thorn hailed his team's thrilling late win over the Brumbies at a packed Brisbane Stadium in the Super Rugby AU final on Sunday, describing it as the perfect tonic after a challenging year for Australian rugby.

James O'Connor's try in the 84th minute gave the Reds a dramatic 19-16 victory over the defending champions in front of a buoyant, bumper crowd.

It comes 12 months after the sport was in disarray, with fears the game may have to revert to amateur status after financial issues dogged Rugby Australia, the game's governing body in the country.

But, at the end of a scintillating Super Rugby AU decider, Thorn claimed the final was the ideal advert for the sport in the country.

"We had a mindset to come in and win and I'm really proud of these young men, they got the job done," said Thorn.

"It took until plus 80 minutes as it has with these two teams for a couple of years now and the thing I'll say is: How good for rugby?

"What was it, 42,000 people there to see that sort of epic game where it went right down to the wire at the end.

"If you remember, a year ago it was doom and gloom, the game's in trouble and then you see that and people love their rugby and it's a credit to both teams."

O'Connor's performance was key to the Reds avenging their loss in last year's final to the Brumbies, with the outhalf scoring all of side's points as the Reds backed up their pre-match status as favourites to win the title.

"They trusted each other," said Thorn of his players' performance.

"I sat up there and my stomach was turning inside out, I was trying to trust up there.

"They did their job, they got it done and in those big moments at the end you just saw the guys flourish. When they lean towards that it's an exciting thing. They didn't shy away."

The Canterbury Crusaders had to fight hard to overcome a courageous Waikato Chiefs side 24-13 in a thrilling final and retain the Super Rugby ...
Sport
6 months ago

The Lions will be hell-bent to keep their game to script when they take on the Sharks in their Rainbow Cup SA encounter in Durban on Saturday.
Sport
6 months ago

British and Irish Lions skipper Jones a cut above