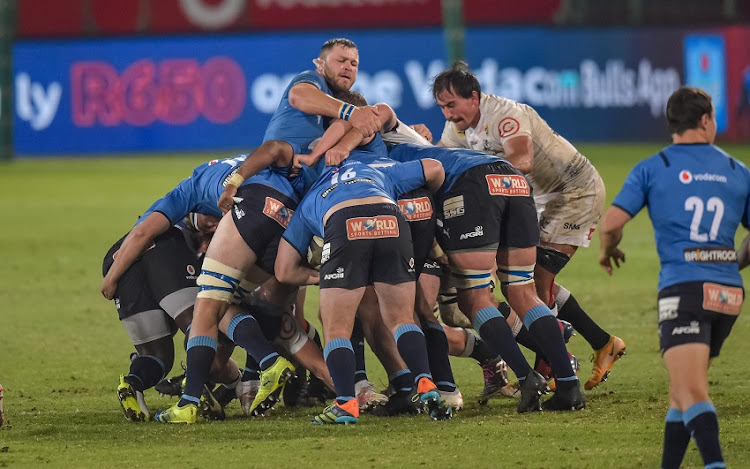 The Bulls are growing more accomplished with every outing.

With this hard-fought 43-9 bonus point victory over the Sharks during their top of the table Rainbow Cup SA clash at Loftus on Saturday night, the Bulls have maintained their unbeaten run in this competition after three starts.

They have also registered their 13th successive win at Loftus since they went down to the Jaguares during Super Rugby in February last year before Covid-19 disrupted the world.

It is also worth mentioning that with this win, the Bulls are on an impressive nine-match winning streak.  Incidentally, their last defeat was at the hands of Sharks at Kings Park in March.

In the first half, this match was a display of strategic kicking with both kickers, Morné Steyn and Curwin Bosch, scoring all the points on the scoreboard where there was no tries to talk about.

The Lions again committed hara-kiri just when they looked to be breathing life into an ailing campaign.
Sport
1 year ago

In the end, the highly experienced Steyn, who has sparked debate on whether he should return to the Springboks, came out on top as he ended his shift with 19 points that came from five penalties and two conversions.

Bosch ended his shift with only three penalties on the board in this match that only saw the first try after 50 minutes that was scored by substitute prop Lizo Gqoboka.

Steyn dominated the kicking game in the first half but the Bulls came back strong in the second after the introduction of Gqoboka and Trevor Nyakane as they scored three unanswered tries.

The Bulls will be looking to continue their dominance on Saturday when they visit the Lions at Ellis Park while high on the agenda for the Sharks will be returning to winning ways against the Stormers in Durban.

The Bulls got the first points of the match early on when experienced Steyn found the middle of the poles from a long distance but the Sharks levelled the score after 15 minutes from the educated boot of Curwin Bosch.

The Bulls retook their lead after 17 minutes with Steyn’s second successful penalty kick of the night after the Sharks were adjudged by referee Jaco Peyper to have collapsed the scrum.

The Bulls’ defence proved to solid as they thwarted the Sharks on numerous occasions on the edge of the try line and after 24 minutes the visitors went for the poles with Bosch to level matters after the home side was caught offside.

The match continued in the same pattern and the Bulls stretched their lead around the half-hour mark to six points with two penalties in quick succession by Steyn.

A few minutes later, it was time for Bosch to show off again with his boots as he scored his third penalty kick and they came close to scoring the first try of the match in the closing stages of the half but Siya Kolisi put his foot in touch.

In the second half, the Bulls applied sustained pressure and dominated the Sharks and they were duly rewarded after 52 minutes when Gqoboka touched down after a good scrum for the first try of the match.

Steyn continued to sparkle with the boot as he scored his fifth penalty of the match to stretch the Bulls’ advantage to 13 points but Stravino Jacobs, Schalk Erasmus and Chris Smith put matters beyond doubt with three late tries.

Bulls coach Jake White has drafted the Springbok duo of Arno Botha and Trevor Nyakane into his match-day team to face the Sharks in their Rainbow Cup ...
Sport
1 year ago

All eight matches of the British and Irish Lions series will be played in Gauteng and Cape Town to minimise the risks of disruption that could be ...
Sport
1 year ago

Stormers vs Lions: Cape side fight for their first victory of Rainbow campaign

The Lions again committed suicide just when they looked to be breathing life into an ailing campaign.
Sport
1 year ago