Why Stormers coach John Dobson says he feels for the Lions 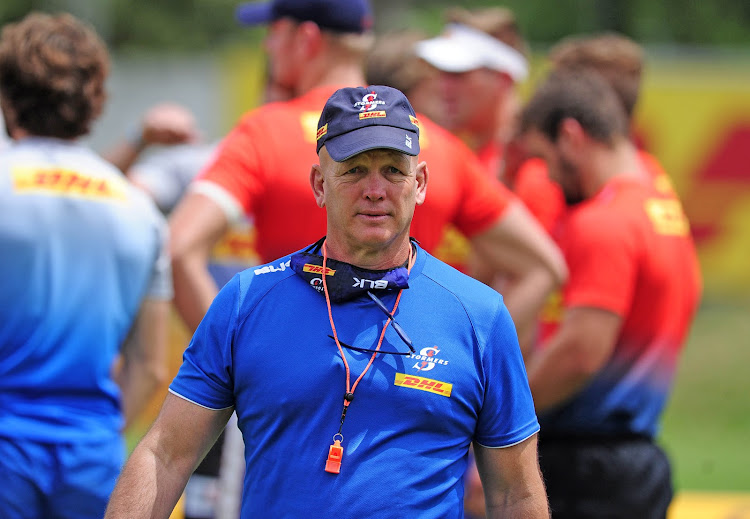 Stormers head coach John Dobson feels for the Lions but is happy with the win.
Image: Ryan Wilkisky/BackpagePix

Stormers coach John Dobson says he feels for the Lions after his team recorded another after-the-siren win at Ellis Park on Saturday.

His team found themselves eight points down with three minutes to go but scored 10 points to seal their first Rainbow Cup SA victory.

They won 39-37 and after successive defeats got the primate off their back.

Dobson‚ though‚ isn't getting carried away.

The Stormers made some improvements‚ most notably in the lineouts and although their conversion rate is better‚ they can still be more ruthless in attack.

“We left four or five opportunities on the table‚” said Dobson. “If you look at the balance of the last three games then we probably need the bounce in our favour‚” said the relieved coach.

Apart from getting over the tryline more often the Stormers showed vast improvement in the line-outs.

“If you consider the quality of the locks that are out. And a line-out specialist like Pieter-Steph (du Toit). I thought David Meihuizen to help us get 100% is a great achievement for him. He stood up.”

They had mixed fortunes in the air however. Fielding the high ball didn't yield the same success rate. “Let ourselves down in the contested battles‚” said Dobson.

The coach was satisfied centre combination Rikus Pretorius and Dan du Plessis have started to gel but noted: “Dan is naturally more a 12. I think we missed Ruhan (Nel‚ on Sevens duty) the last couple weeks. They created some nice opportunities and they play really well together‚” he said of Pretorius and Du Plessis.

His team showed great character to keep on chasing the game. They were forever chasing the Lions and decisively passed the hosts with the last kick of the game.

“We put ourselves under pressure but I thought we showed character in the end‚” said the coach.

“There were five games where we were 12 points clear and let the opposition and lost over the last year. We have had to work really hard.

"To play this attacking game and still being able to [play a] maul and scrum game requires extraordinary conditioning.

"Our training numbers are considerably higher than match intensity. The hardest day of the week is actually a Wednesday.

"I know we played desperately trying to win the game in the closing minutes but we were energetic.”

The heightened efforts in training are feeding into a wider narrative. Dobson feels his team is evolving and that they are playing a more balanced game than they were in Super Rugby.

“In the preparation series we wanted to play a more attacking brand. We are not just playing the maul and the scrum game. That is a good sign. We need to get better.”

It may not have the historical significance of SA's isolation-busting Test against the All Blacks in 1992, but there is intense expectation ahead of ...
Sport
1 year ago

Cape Town mayor Dan Plato is delighted after the confirmation that the city will be one of the host cities for the touring British and Irish Lions ...
Sport
1 year ago

The Bulls are growing more accomplished with every outing.
Sport
1 year ago

Bulls coach Jake White has drafted the Springbok duo of Arno Botha and Trevor Nyakane into his match-day team to face the Sharks in their Rainbow Cup ...
Sport
1 year ago

The Lions again committed hara-kiri just when they looked to be breathing life into an ailing campaign.
Sport
1 year ago