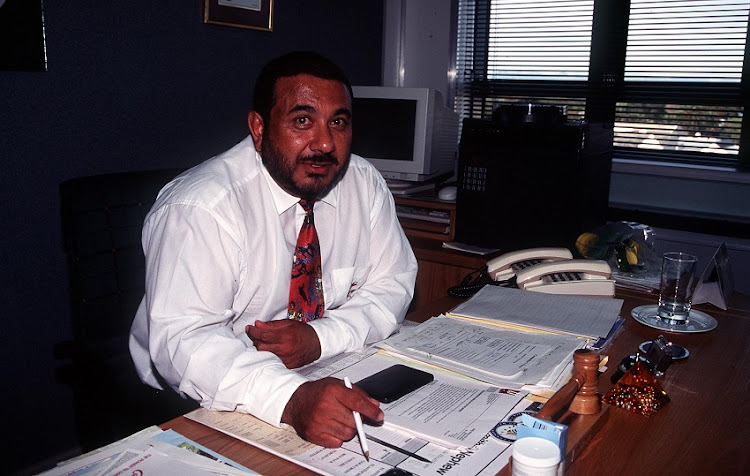 Jakoet‚ a former treasurer for the old non-racial SA Rugby Union, helped smooth the transition when rugby unity was brokered in 1992 in the lead-up to the establishment of the erstwhile SA Rugby Football Union (Sarfu).

SA Rugby president Mark Alexander paid tribute to Jakoet. “Dr Jakoet played a massive role when we unified almost 30 years ago and his role in uniting our game all those years ago‚ and serving rugby ever since until his retirement in 2016‚ can never be underestimated.

“’Miley’ was a scrumhalf in his playing days and while he may not have been the biggest player on the field‚ he was a giant among men on the field of rugby administration. A big tree in the world of rugby‚ sport and medicine‚ here in SA but also abroad‚ has fallen.”

Jakoet qualified as a medical doctor from UCT in 1973 and was involved in rugby administration on a number of levels from the late 1970s‚ when he first had his own club in Port Elizabeth called Lads‚ later as vice-president of Eastern Province and from 1984 as chairperson of the Saru disciplinary committee.

In 1987‚ Jakoet spearheaded the establishment of the Petro Jackson Memorial Fund‚ named after Petro Jackson‚ who died after a big tackle on the field.

Jakoet served the players’ fund for 36 years and was a driving force behind the world-renowned BokSmart national rugby safety programme.

He was the chief medical officer for the Rugby World Cup in SA in 1995‚ and also at the All Africa Games in Zimbabwe later in the same year.

Three years later he served in the same capacity for Team SA at the 1998 Commonwealth Games in Malaysia.

In 1993‚ Jakoet moved to Cape Town and joined SA Rugby as medical manager‚ a position he held for a number of years before he was appointed as company secretary in 2006‚ a role he fulfilled until his retirement in 2016.

He was also president of the SA Sports Medicine Association (SASMA‚ from 2005-2007) and served on the medical advisory and anti-doping committees of the International Rugby Board (now World Rugby).

“Our heartfelt condolences to his wife‚ Yasmin‚ their children‚ grandchildren‚ other family and friends‚” said Alexander.

“To the family of our beloved Doc Jakoet‚ we pray that Almighty Allah grant him Jannatul-Firdaus.”

Hope for Lions' bonanza runs out

The process of managing Covid-19 restrictions remains fluid but SA's tourism sector has resigned itself to the belief that the country will not ...
Sport
1 year ago

Blast from the past: Stransky masterclass sets up victory in World Cup opener

Today in SA sports history: May 25
Sport
1 year ago

Argentina will be the opponents when the Springboks break their Rugby Championship hiatus in August.
Sport
1 year ago