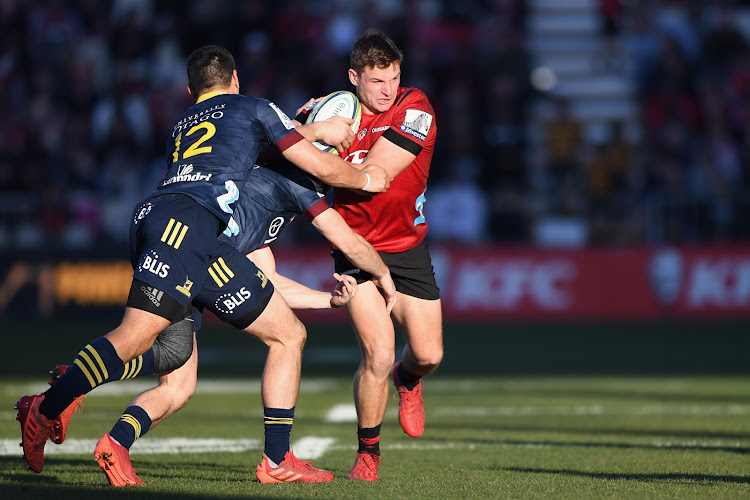 The Melbourne Rebels' Super Rugby Trans-Tasman match against the Crusaders has been switched from Melbourne to Sydney as authorities battle to contain an outbreak of Covid-19 in Australia's southern state of Victoria.

The Rebels will play their third successive match at Sydney's Leichhardt Oval on Saturday against the Crusaders, having been forced to play out of Melbourne due to a lockdown in the Victoria state capital.

"The (lockdown) restrictions may not be lifted until Thursday 10 June at the earliest, and all stakeholders believe it is prudent to schedule the match in Sydney to enable both teams every opportunity to prepare properly for the match," competition organisers SANZAAR said in a statement.

The unbeaten Crusaders need victory against the winless Rebels in the final match of the tournament to give themselves their best chance of making the final.

The Crusaders are third on the table, one point behind the leading Blues and level on points with the second-placed Highlanders.

Veterans Frans Steyn and Morné Steyn will get the rare opportunity of facing the British & Irish Lions twice after they were named in the Springbok ...
Sport
1 week ago

Removing a Steyn appears to be a task beyond the Springbok rugby selectors.
Sport
1 week ago

It may be a sign of our times that the fast-approaching British & Irish Lions rugby series will likely produce a battle won by deception and ...
Sport
1 week ago

Springbok coach Jacques Nienaber faces a nervous wait over the fitness of talismanic No.8 Duane Vermeulen and scrumhalf Herschel Jantjies, who left ...
Sport
1 week ago

The Sharks remained in the hunt for a place in the PRO14 Rainbow Cup final with a concerted and determined performance beating the Lions 33-21 at ...
Sport
1 week ago

Bulls captain and talismanic Springbok No.8 Duane Vermeulen is a serious injury concern for national coach Jacques Nienaber ahead of the ...
Sport
1 week ago