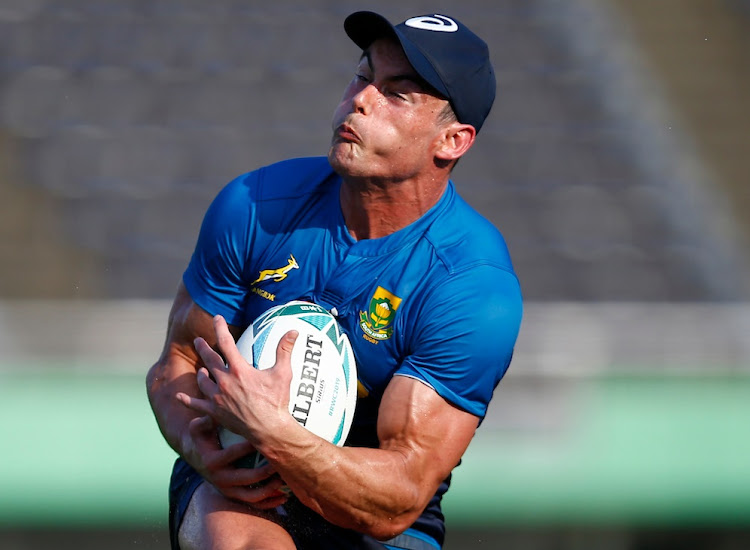 Jesse Kriel has personal reasons for wanting to run out for the Springboks against the Lions.
Image: Steve Haag/Gallo Images

For Springbok centre Jesse Kriel, facing the British and Irish Lions during their three Tests next month will be extra special due to his family’s special connection with the red jerseys.

Kriel’s great-grandfather, John Hodgson, made 15 appearances for the British and Irish Lions, scoring nine points, and he was also part of the England team that played against the Springboks in 1932 in London.

Kriel said it will be special for him and his family if he has the opportunity of playing against the touring Lions.

“My great-grandfather actually played for the Lions, so this is quite a personal one for me to be involved,” he said from Bloemfontein where Springbok players are in camp to prepare for the two Tests against Georgia and the Lions.

“Also, if you go back to 2009, I was still in school back then and I have some great memories of that Jaque Fourie try and Morné Steyn kicking the penalty over. It is great to have someone like him [Steyn] in the squad and this is very special for me.

“Coach Jacques mentioned it earlier that this opportunity to play against the British and Irish Lions comes probably once in a player’s career, so everyone is going to try and make the best of the opportunity.”

Kriel said he has been told stories of how things were in the 1930s when his great-grandfather travelled to New Zealand with the British Lions and they took months to get there.

“I was speaking to my brother about this the other day, I think it’s the small stories like when they went on tour to New Zealand they were on a boat for a couple of months sailing to get there.

“They had drinks on the boat and had good times, all the different things they did. Obviously there were no cellphones at that time and they had to write letters back to their families and things like that.

“These days I get into a plane and the next thing I am back in South Africa — those kinds of little stories are some of the things that are cool and memories that I enjoy.

“It does mean a lot to me and my family, it’s really special.”

The British Lions are always difficult to beat and Kriel is expecting tough battles in the three Tests.

“I am not going to go through every single centre that they have picked in their squad but if you look at the makeup of their team, they have the best players in every area.

“Every guy in a team is going to be world-class if not close to that, so we know what each of them will bring as individuals and we have to match that.

“We will be working hard to try and focus on what we can do well to contribute to our system and what makes our system effective.”

Springbok coach Jacques Nienaber has confirmed that there will be no replacement for injured Duane Vermeulen and that the team are expecting RG ...
Sport
11 months ago

Springboks coach Jacques Nienaber says reputations will not count for much when the teams to play against Georgia and the British and Irish Lions are ...
Sport
11 months ago