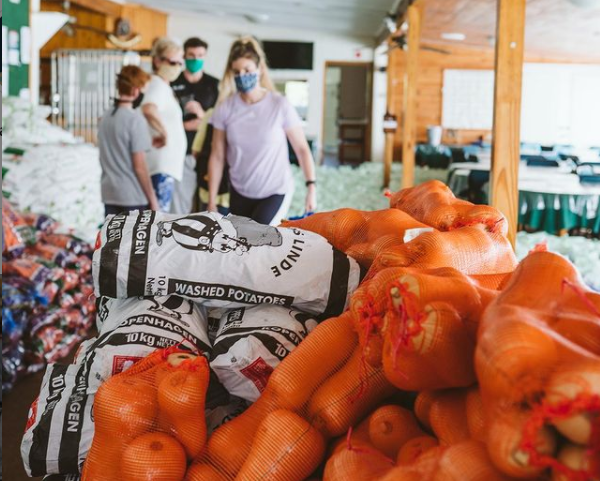 The Kolisi Foundation is providing relief for communities affected by the riots and unrest in parts of KwaZulu-Natal and Gauteng over the past week.

The two provinces have seen high levels of public unrest that started in KwaZulu-Natal as a stand-off between police and supporters of former president Jacob Zuma. Zuma's supporters demanded his release from the Estcourt Correctional Centre where he is serving a 15-month sentence.

The Kolisi Foundation, led by Springbok rugby player Siya Kolisi and his wife Rachel, partnered with charities focusing on child care, gender-based violence and assisted living to help those hardest hit by the unrest.

“We have begun working with several non-profit organisations on the ground and are putting together a strategy to get food to people in the hardest-hit areas. We are working with a network of organisations in KwaZulu-Natal focusing on gender-based violence shelters, children’s homes, old age homes, hospices and assisted-living facilities,” said the foundation.

The foundation helped several communities at the height of the lockdown last year, including in Zwide township where Siya grew up. Rachel told the Sunday Times that they were hit by the harsh realities of poverty and unemployment.

“I remember the first time we went out, we were so cautious about how people were going to feel about it. One thing that was super important for us was to make sure that the food goes to the hands that it needs to go to,” she said in an interview.

"You really are one of a kind. And I can’t wait to see what the next 30 have in store," said Rachel.
TshisaLIVE
1 year ago

Siya Kolisi: I want to make sure the ‘next Siya’ doesn’t have to struggle the way I struggled

The star will be turning 30 on June 16, a day when SA will be commemorating the 1976 Soweto Uprising.
Sport
1 year ago

Siya and Rachel Kolisi are collecting and distributing 1,000 blankets: here's how you can help

The Kolisi Foundation launched a nationwide blanket drive. It aims to collect and distribute at least 1,000 blankets across the country for the less ...
News
1 year ago