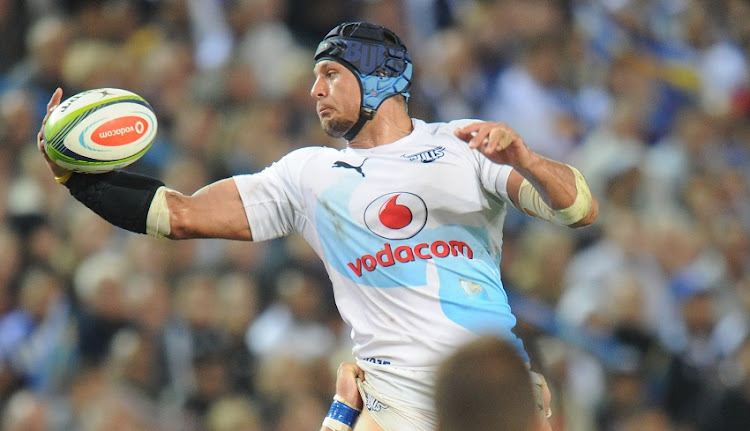 Pierre Spies of the Bulls during the Super Rugby match against the Stormers at Newlands on April 25 2015 in Cape Town.
Image: Peter Heeger/Gallo Images

Revered former Springbok No.8 Pierre Spies believes the team are capable of holding their own against the British & Irish Lions despite players having played just one Test since the World Cup in 2019.

Earlier this month‚ the Springboks thrashed minnows Georgia 40-9 at Loftus Versfeld in their first Test match in almost two years‚ which was part of the preparations for the Lions series.

That match was followed by a strong SA A narrowly beating the B&I Lions 17-13 in a tour match that had a Test feeling to it after Springbok coach Jacques Nienaber named 16 World Cup winners in his match-day squad.

Spies‚ who was known for his devastating strength and breathtaking speed and earned 53 Test caps between 2006 and 2013‚ said most of the players in the Bok squad have played competitive rugby over the past few months at their clubs.

“Most of the guys have played at a good level in Europe and the locals in the domestic competitions‚ it is not like they have not played rugby‚” said Spies who retired aged 32 in 2017 and is now a pastor.

“We saw with the SA A team that included lots of Springboks that everything is there‚ mental backup and experience is there. I believe this first Test is going to give us a marker but I believe we are going to start strong.

“I think the coaching staff went with a trusted team — it was basically the team that played in the World Cup final. So we are keeping a lot of continuity because these guys know one another very well and that will bring a lot of confidence to the team.

“I think it is a very strong team with a good bench. If I am not mistaken, it is only RG Snyman‚ Frans Steyn and Duane Vermeulen who are missing from the World Cup final team.

“You can see that coach Jacques Nienaber and Rassie Erasmus are sticking to what worked for us at the World Cup.”

The Lions tours owe their place in rugby folklore to one simple fact.
Sport
6 months ago

Spies played against the British & Irish Lions in 2009 and he has urged the current crop not to be overawed by the occasion.

“There is no doubt that the occasion is big but I believe that it is going to be a weird feeling for the guys running onto the field without the fans. The Lions usually have a huge amount of support that comes over for the series and they will not have that now‚” he said.

“The match is going to be played in a high intensity and what the guys need to know‚ understand and remind themselves is that they have to stick to what they know well. They must be able to play for the 80 minutes or up until the last minute of the game.

“It is really sad that because of the Covid-19 pandemic there are not going to be any supporters in the stadium because that plays a big role in the game. But I believe the guys will be ready‚ I believe they will fight really hard and they will be fresh.

“The Lions are a very well organised set-up and that has always been the case. That’s why this Lions series is the second-biggest competition after the World Cup in rugby.

“You have high quality players who are playing for big clubs right around the park and they play for the pride of the Lions jersey. There is a lot of preparation that goes in‚ they are a solid outfit and it is going to be a solid contest.”

South Africa centre Damian de Allende said he went into "a bit of a shock" after he was burned in a fire pit accident last month and is lucky to play ...
Sport
6 months ago

“It’s just another game‚” television match official Marius Jonker said about the brouhaha over his appointment to Saturday’s opening Test between the ...
Sport
6 months ago

SA Rugby and the British & Irish Lions on Tuesday confirmed that agreement had been reached to conclude the series in the Mother City‚ which in 2009 ...
Sport
6 months ago