SA in the dock over Rassie Erasmus's viral video 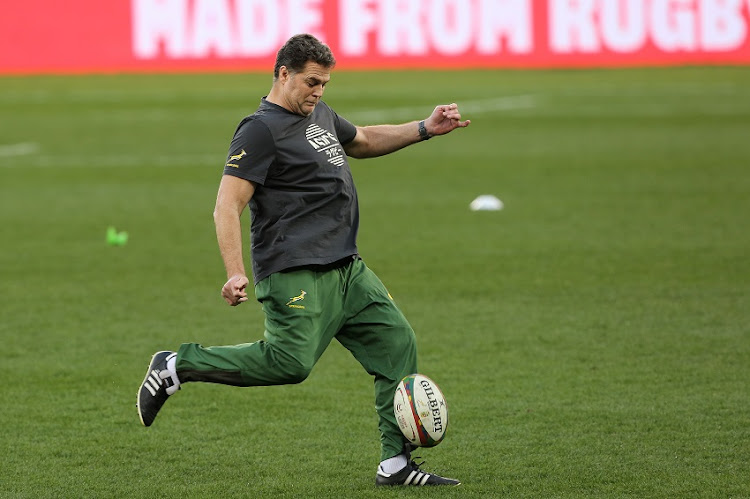 Rassie Erasmus of South Africa during the first Test match between the Springboks and British and Irish Lions at Cape Town Stadium.
Image: EJ Langner/Gallo Images

Rassie Erasmus and SA Rugby find themselves in World Rugby's dock over the former's viral video in which he painstakingly took to task the match officials after the first Test between the Springboks and the British and Irish Lions.

Erasmus produced 26 video clips in which he highlighted match officials' errors and inconsistencies‚ while also lamenting the communication and debriefing shortfalls in coaches and referees' post- match engagement.

World Rugby invoked clause 18 of its code of conduct to charge Erasmus with misconduct. The world governing body frowns upon criticism of its officials and the book usually heads speedily in the direction of those who dare.

“World Rugby condemns any public criticism of their selection‚ performance or integrity which undermines their role‚ the well-established and trust-based coach-officials feedback process‚ and more importantly‚ the values that are at the heart of the sport‚” they said in a statement.

World Rugby clearly believes that the existing channels for a coaches and referees debrief are adequate but that was a point bemoaned by Erasmus before his play‚ pause‚ rewind routine last week.

Rassie Erasmus chats about the back and forth battle between him and Warren Gatland, the match officials and goes through some clips where the Springboks were on the wrong the end of refereeing decisions. #Rugby #LionsTour #LionsSA2021 VIDEO CREDIT: JJ – https://vimeo.com/user107832127

The Lions too raised the ire of the world governing body for having the temerity to question the appointment of Marius Jonker‚ a non-neutral television match official, after the original appointee, Brendon Pickerill, fell victim to Covid-19 travel restrictions.

“Having conducted a full review of all the available information‚ World Rugby is concerned that individuals from both teams have commented on the selection and/or performance of match officials‚” the statement continued.

“However‚ the extensive and direct nature of the comments made by Rassie Erasmus within a video address‚ in particular‚ meets the threshold to be considered a breach of World Rugby regulation 18 (Misconduct and Code of Conduct) and will now be considered by an independent disciplinary panel.”

The water boy duties Erasmus has engaged in also caught the eye of the game's lawmakers. Erasmus was at pains to explain that he is not the head coach of the Springboks and that nothing precludes him from performing those duties.

In their statement they insinuate rather haughtily Erasmus should know better. “World Rugby has reminded the management of both teams of the importance of this area and their obligations regarding the values of the sport.

“In order to protect the integrity of the sport and its values‚ World Rugby will also undertake a review of its code of conduct relating to incidents of this nature with a view to strengthening scope‚ rules and sanctions.

“As with any Test series‚ SA versus the British & Irish Lions is a showcase of rugby that generates great excitement and interest‚ even more so at this challenging time for sport and society.

“It is an opportunity for both teams and their management to set a positive example and concentrate on the spectacle and a wonderful example of rugby and its values at their best.”

There is nothing surprising about the game's governing body's reaction. Erasmus may be in high resolution breach of their precious code of conduct‚ but they would be missing a potentially watershed moment if they did not put to full review the procedures governing the appointment and appraisal of their match officials.

A judicial committee and date are yet to be set for the hearing.

The abiding feature of SA Rugby's response to the World Rugby statement was its brevity. “SA Rugby has noted the charges brought by World Rugby and will respond through the designated channels. Media are advised that there will be no further say from SA Rugby until the process is complete.”

Coach Jacques Nienaber lauded the performance of the leadership in his team as the Springboks convincingly beat the British & Irish Lions 27-9 to ...
Sport
3 months ago

Powerful No.8 Duane Vermeulen could make a welcome return for Springboks
Sport
3 months ago

British & Irish Lions fullback Stuart Hogg was forced to release a statement denying that he bit Springbok Willie le Roux on the arm in Saturday's ...
Sport
3 months ago