Libbok to bring flyhalf depth at the Stormers 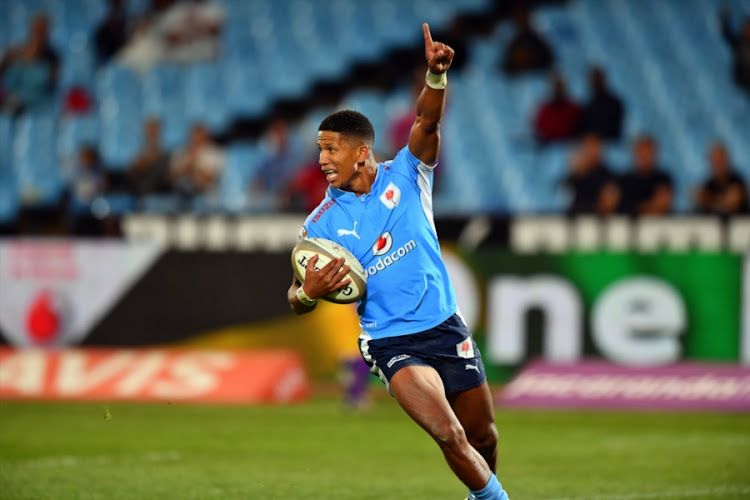 Manie Libbok in his days in Bulls colours. He has since moved to the Sharks and has now joined the Stormers.
Image: Johan Rynners/Gallo Images

The Stormers' flyhalf stocks received a timely boost with the acquisition of Sharks utility back Manie Libbok.

The Stormers had been in the market for a flyhalf for some time, after the long-term injury suffered by Kade Wolhuter earlier this season.

Tim Swiel has had to shoulder most of the responsibility in that position but his high number of game time minutes had become a concern.

On the eve of the Stormers initiating combat in the URC, the arrival of Libbok would have come as a big relief.

Libbok is a former SA under-20 graduate who has had stints with the Bulls and the Sharks. He was unable to make the flyhalf berth his own at either of those provinces and had to split his time between first receiver and the last line of defence.

Given the spread of the resources at the Stormers he is more likely to see game time at flyhalf.

Stormers head coach John Dobson said that while Libbok and Smith will bring valuable depth in key positions in the short-term, the 24-year-olds also have the potential to develop their games significantly in the years ahead.

“Manie is known as a devastating runner who can threaten from anywhere on the field and Adre brings serious power and momentum both with and without the ball,” said Dobson.

“These two players together embody what our team wants to stand for by being hard and uncompromising up-front and then a skilful threat out wide.

“They will be valuable additions this season and we know that they will be working hard to take their game to the next level over the next three years.”

The pair's move to Cape Town comes on the back of loan deals that were concluded with loose forwards Junior Pokomela and Willie Engelbrecht, scrumhalf Stefan Ungerer, along with the short-term signing of experienced prop Brok Harris.

With the Stormers having to make do without seven players on national duty the acquisitions will plug holes that may have left them exposed in the new competition.

The Stormers will face Benetton Treviso, Munster, Edinburgh and the Dragons on their four-match tour in the coming weeks.

Meanwhile Vodacom has been unveiled as the local title sponsor of the tournament for the first four years. The URC, which starts on September 24, will feature 16 teams from five countries who will play 144 games to reach the play-offs.

The tournament kicks off when Zebre host the Lions in Parma.

SA rugby will usher in a new era with the departure this week of the Bulls, Sharks, Stormers and Lions to Europe for the start of the inaugural ...
Sport
11 months ago

Western Province's Edwill van der Merwe will wing his way to Johannesburg to take up a  contract with the Lions later this year.
Sport
11 months ago

Lood de Jager has to yield to concussion, while Trevor Nyakane returns
Sport
10 months ago