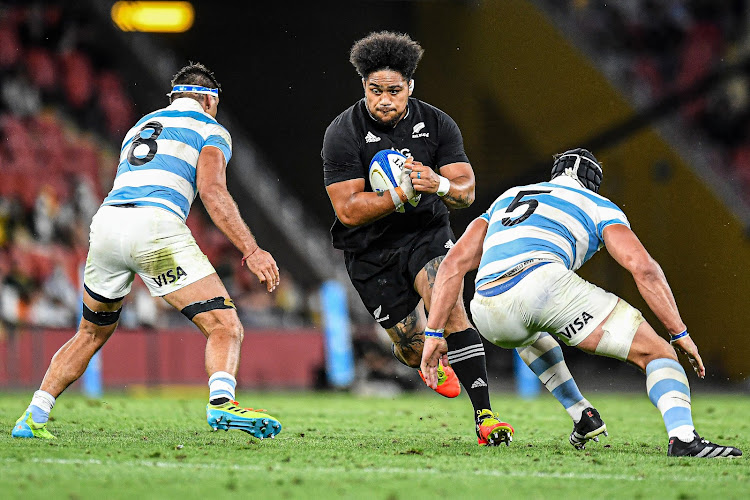 Anything other than a bonus point win for the Springboks when they clash with the All Blacks this week will hand New Zealand the title.
Image: @AllBlacks/Twitter

Ian Foster led New Zealand back to the top of the world rankings on Saturday, but the All Blacks' head coach dismissed the significance of the feat as he shifts attention to this week's Rugby Championship clash with world champions South Africa.

The All Blacks supplanted the Springboks as the sport's top-rated team with a 36-13 win over Argentina in Brisbane hours after the South Africans had slipped to a second successive loss against Australia.

The two nations will go head-to-head on Saturday in Townsville in their first meeting in this year's southern hemisphere championship, and Foster has his sights fixed on the clash with Jacques Nienaber's side.

"It's not on our mind at all," said Foster of the All Blacks' move into the number one spot. "I'm not saying that to downplay it."

With the South Africa match looming, he told a news conference after the Argentina match, "We'll get excited about that. We're more interested in winning a test match than where we sit" on the rankings.

"If we focus too much on the other thing, we'll get tripped up and won't be there for very long and that doesn't interest us either."

The All Blacks have been in commanding form in the competition so far, defeating Argentina with a second-string line-up on Saturday after notching up a comfortable victory over the Pumas the previous weekend.

Foster's team lead the standings in The Rugby Championship with a maximum 20 points from their first four games.

Anything other than a bonus point win for the Springboks will hand New Zealand the title.

"We love playing test matches, but we really love playing South Africa, probably because of the amount of respect we've got for them," said Foster.

"Over history it's been an outstanding rivalry.

"We're not so much talking about number ones and number twos, we've got a chance to go to Townsville to play a foe we've got a lot of respect for and put ourselves in a pretty nice position in this championship."

Wins over Springboks will give Australia belief, says coach Rennie

Springbok assistant coach Mzwandile Stick has come to the defence of Handrè Pollard, who was heavily criticised for his poor kicking display during ...
Sport
8 months ago

The Springboks failed in their mission to register their first win in Australia since 2013 when they were thumped 30-17 by the Wallabies in their ...
Sport
8 months ago

Boks botch it against Australia

All Blacks vs Springboks: All Blacks lie in wait for No 100

The Springboks play the All Blacks for the 100th time next week but rugby's fiercest rivalry has been a battle of two halves.
Sport
8 months ago