All Blacks prepare for Springbok heat in 100th Test 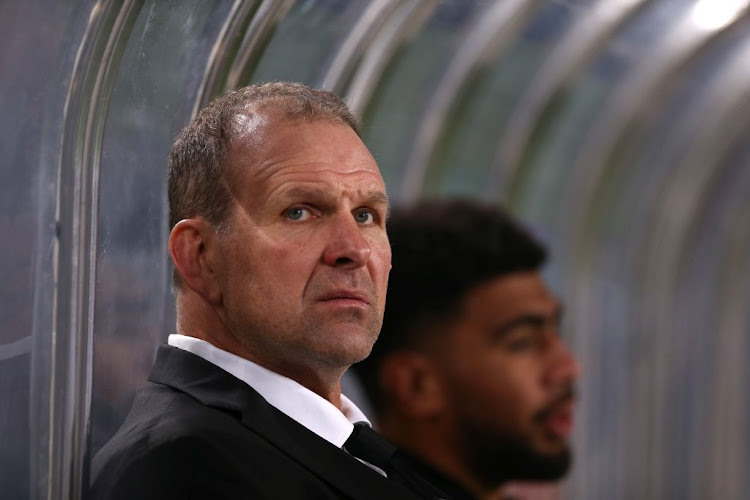 All Blacks forwards coach John Plumtree is expecting a “titanic” battle up front when New Zealand and SA meet in their 100th Test match in the Rugby Championship on Saturday.

Plumtree, who coached for many years in SA, did not expect the Springboks to vary much from the strategy that won them the 2019 World Cup despite back-to-back losses to Australia over the last two weeks.

“For the forwards, this will be the toughest battle since I’ve been involved, the boys know that,” Plumtree told reporters from Townsville.

“We know there’s a lot of heat coming and we’ve got to be able to deal with that,” he added.

“That’s all they’ll be focusing on, the two or three things that they need to nail to get to us. We saw how good they were in the World Cup and that’s what they’ll want to get back to.” The former Sharks coach said it was vital that the All Blacks played at their usual high tempo and did not let the Springboks slow the game down and start building pressure.

While Plumtree is expecting the usual Springbok fare of contestable kicks, aggressive defence and mauling, he warned that the South Africans were capable of running the ball.

“Physicality is everything, it comes naturally to them ... (but) they can play, they’ve got some outstanding backs,” the New Zealander said.

“You just can’t trust them, you just don’t know what’s going to happen so we’ve got to be prepared for everything.” The All Blacks will be going into their fifth Test in five weeks on top of the Rugby Championship standings after convincing back-to-back wins over both Australia and Argentina.

While for the neutral that would make them strong favourites, Plumtree thought recent results would count for little at North Queensland Stadium.

“When it comes to these two teams, the form book goes out of the window,” he said.

“What’s happened in the last couple of weeks doesn’t matter. We’ve been going all right and they’ve been disappointing by their standards.

“We know that these games are normally really tough struggles ... and really tight into the last quarter.”

Hooker Bongi Mbonambi says SA have pinpointed where they fell short in the demoralising 30-17 defeat by Australia this past weekend and are ...
Sport
3 months ago

SA loose forward Jasper Wiese could miss this weekend’s much-anticipated Rugby Championship clash with the All Blacks after being cited for foul play ...
Sport
3 months ago