Boks embrace the moment as they look past defeats

Steven Kitshoff not bothered by battles past 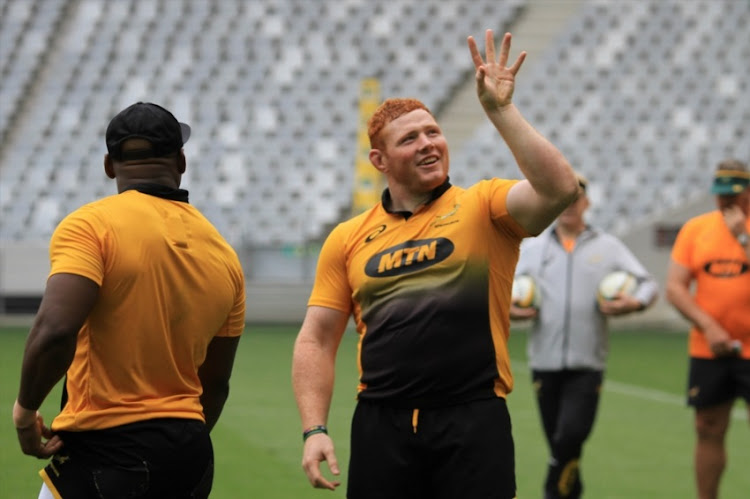 Ahead of their clash against the All Blacks, prop Steven Kitshoff is hoping the Boks don't lose four Tests in a row like they did in 2016.
Image: GALLO IMAGES

The Springboks go into this Saturday's Rugby Championship clash with the All Blacks with the unenviable task of avoiding a fourth straight defeat.

In 2017 they went five matches without a win in a sequence that included two draws against the Wallabies, but the last time they lost four on the bounce was at the back end of 2016.

Loosehead prop Steven Kitshoff came off the bench in all four of those Tests against New Zealand, England, Italy and Wales, and while he may have broad shoulders, he is not carrying any baggage from those burdensome days for Bok rugby.

“I was part of that squad,” Kitshoff acknowledged before distancing himself from those aberrations in his largely solid 55-Test career. “It is not something we talk about or discuss. We just wanna rock up and play.”

Boks will call on their DNA

Whether recent or distant, Kitshoff made it clear the team does not dwell on the past. They draw from the moment. “We back our style of play, our physical presence and our leaders.

“We've got full confidence in this team. We had a few unfortunate weekends back-to-back but it is not something we talk about.

“We wanna pitch up on Saturday and deliver a good performance, a dominant performance and we believe our tactics and our DNA are good enough to win big matches.”

The Springboks have raised the topic of their DNA often in their media engagements this week. Fellow loose head Ox Nché also pointed to how the Boks are wired.

He believes the All Blacks will be keen to divert the Springboks from what makes them tick and their pulses race.

“They'll also probably try to keep us away from our DNA which is the physical confrontation in attack, so it should be an interesting match,” said Nché.

“We have good set pieces, so they'll try to put us under pressure there and increase the tempo to get the ball in and out as quickly as possible so that it doesn't become too much of a contest there,” Nché said about the All Blacks' aversion to a drawn-out scrum battle.

If Kitshoff is going to borrow from recent history, it is the Springboks' performance in the scrum last weekend. He believes his team has built foundations on which they can build on Saturday.

“We had a good week of preparation and a good review of the game,” said Kitshoff. “We want to build on a good dominant performance from last weekend.

“We know New Zealand will rock up and fix their mistakes when it comes to set piece time. It is really an incredible challenge that lays ahead.”

Nché shares the sentiment. “We are just going to keep doing what we do and play according to our strengths.

“If we can take them on upfront, win the little battles, make our tackles and carry well at a good intensity throughout the match, we could put ourselves in a good position to finish the competition on a strong note.”

Bok coach Jacques Nienaber has hyped this weekend's clash against the All Blacks in Gold Coast as his team's biggest of the year. What is perhaps ...
Sport
7 months ago

Pollard gets a kick out of Bok tactics

It is often noted how spectacularly sporting fortunes can fluctuate within the space of a week.
Sport
7 months ago

The Springboks showed marked improvement in the 19-17 Rugby Championship defeat to New Zealand in the landmark 100th meeting between the two sides on ...
Sport
7 months ago