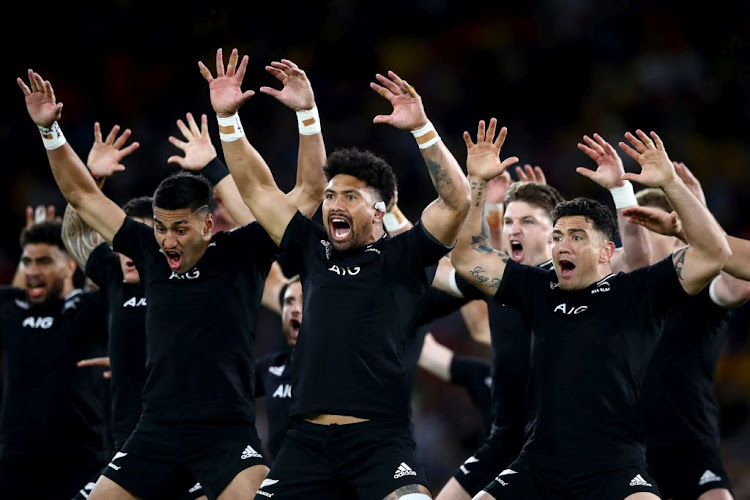 Ardie Savea and the All Blacks perform the haka.
Image: Chris Hyde/Getty Images

All Blacks captain Ardie Savea said he may have to "put pressure" on the referee in Saturday's Rugby Championship clash with South Africa to stop the world champions from slowing the game down.

Jordie Barrett's late penalty earned the All Blacks a 19-17 win over the Springboks last weekend that ensured they reclaimed the trophy with a fifth victory in a row.

Prop Joe Moody said earlier this week he hoped the officials would do more to stop South Africa interrupting the flow of the game after the Springboks forwards frequently sought medical attention during the contest in Townsville.

"I have just got to put pressure on the referee in, I guess, a better way and demand a little bit more," said Savea, who is serving as stand-in captain in the absence of Sam Whitelock.

"It's out of our hands when the medical team is on the field and they're saying they need to check up on him.

"There's not much myself or the referee could do in those situations. All we can do as a team is not get frustrated. We just have to adapt and adjust like we did last week."

Englishman Matthew Carley is in charge of Saturday's game.

Top-ranked New Zealand head into encounter on the Gold Coast with an unchanged side.