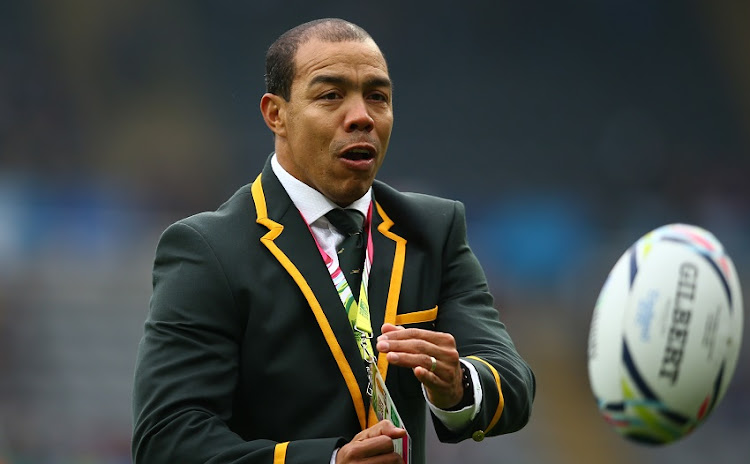 The Lions have lost flyhalf tyro Jordan Hendrikse for at least three months with a fractured ankle.

It's a significant blow for the team in the United Rugby Championship (URC) and the player who had hoped to enhance his credentials in the national scheme of things.

Hendrikse, who had established himself as the Lions' first choice pivot, had delivered some solid performances for the team, with assertive displays with ball in hand and ruggedness in defence. His big right boot will also be missed by the team who have two more clashes remaining on their four-match European tour.

“It’s a big blow for us. Jordan is a talented player,” said backline and skills coach Ricardo Loubscher.

“We are going to miss him, but we've got Eddie (Fouche), who is a guy waiting in the wings to make that step up for us. We back all the guys in the system and it’s going to be a massive challenge for us on the weekend again (against Glasgow Warriors).”

Loubscher is hoping Fouche can bring more variation to the team's attack, while remaining mindful that they need to balance the ball carrying of their forwards and their backs.

“We want to play to our strengths, but at the same time we realise that you can’t be predictable,” said Loubscher. “So, we want to find a balance between attacking with our forwards and we've also got a great backline.

He said in the analysis of their defeat at the hands of the Scarlets, they came to the realisation that more variety was needed in the way they probe in the opposition's 22.

“Teams realise that we use our forwards quite a bit, so maybe on the weekend we can add a bit of variation to our attack.”

With Hendrikse on his way home, Loubscher is confident the Lions have enough players to provide cover at flyhalf should Fouche also suffer an injury.

“With the Covid rules, it makes it a bit of a challenge to fly somebody in. I don’t know all the red tape around it, but part of our planning was to make sure we go with players who are versatile and I am sure that there are players that can cover that position for us over the weekend,” Loubscher added.

The Bulls have endured a torrid start to their United Rugby Championship campaign with heavy successive defeats, and Springbok prop Lizo Gqoboka ...
Sport
3 weeks ago

Bulls coach Jake White says younger players in his United Rugby Championship (URC) must use the opportunity of playing in the tournament in Europe to ...
Sport
3 weeks ago

Lions go with unchanged team for clash against the Scarlets

The Lions' adaptability was always going to be put to the test in their four matches away at the start of the United Rugby Championship (URC).
Sport
3 weeks ago