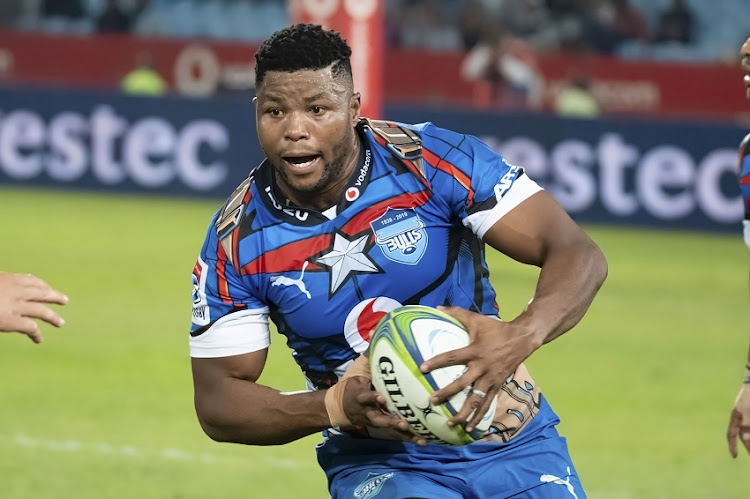 The Bulls have endured a torrid start to their United Rugby Championship (URC) campaign, with heavy successive defeats and Springbok prop Lizo Gqoboka says they quickly have to get used to the conditions.

In their opening two matches, the Bulls lost heavily to Leinster and Connacht when they conceded nine tries and only scored one of their own from Gqoboka.

The wounded Bulls return to action this weekend in search of their first win of the campaign against Cardiff in Wales on Saturday where Gqoboka said they must get a number of things in the system right.

“There are a few things that need to be taken into consideration when looking at our first two matches,” said Gqoboka, who missed out on Springbok selection for the British & Irish Lions tour and in the Rugby Championship.

“First, we need to adjust because the conditions are different, the tempo at which they play is very different and they are accurate in executing what they want to execute in these conditions because they are used to them.

“We need to learn quickly, adjust quickly and adapt to the conditions. We are focusing on ourselves and working on how we are going to improve, keep  analysing the opposition more and keep learning and growing.”

One of the things the Bulls and SA teams have to get used to is how European referees officiate matches.

“Coach Jake (White) was spot-on when he spoke on the issue of referees. We have to adapt there also and I will make an example that in Europe there is something called breaking the glass.

“In the line-out you can jump over whereas in SA you are not allowed to jump over but you must jump straight up when contesting the line-out. There are small differences when it comes to refereeing but that’s not going change because we are complaining. We have to analyse and adapt as quickly as possible."

In their next match against Cardiff this weekend, the Bulls will be playing on a synthetic pitch at Cardiff Arms Park in Wales.

“Fortunately our management managed to organise [for us] to have a feel of the pitch at training. We trained on it on Tuesday and again on Wednesday.

“At least we have had a feel of the pitch before our game on Saturday. Tt is something to adapt to as well. There are a couple of things to adapt to and the most important thing for us is not to complain but to learn as quickly as possible.”

Gqoboka is the only player to have scored a try for the Bulls in the competition against Connacht last weekend but he said it was bittersweet because they lost the match 34-7.

“I was happy about but we lost the game and it doesn’t make me happy because the team comes first.

“Tactically, they (Connacht) were very good and we didn’t even have one 22m entry in the second half. They played the wind very well and obviously they know the pitch. Those are the things a we need to analyse and grow.

"In SA we don’t play in an open stadium like that. The wind is a big factor and those are the things we need to analyse.”

Siya Kolisi: ‘Through my own rise, I hope I can show people anything is possible’

New Zealand coach Ian Foster said he has more immediate concerns than the next Rugby World Cup but believes his All Blacks have learned lessons from ...
Sport
2 weeks ago

Sharks utility back Curwin Bosch has not given up hope of returning to the Springboks, even though the flyhalf and fullback positions are now fully ...
Sport
2 weeks ago

Blast from the past: It’s Miller time as Proteas chase down Australian target

Argentina endured a difficult finish to a challenging Rugby Championship on Saturday with defeat at the hands of Australia, but coach Mario Ledesma ...
Sport
2 weeks ago