Embattled union has teetered on the brink of collapse 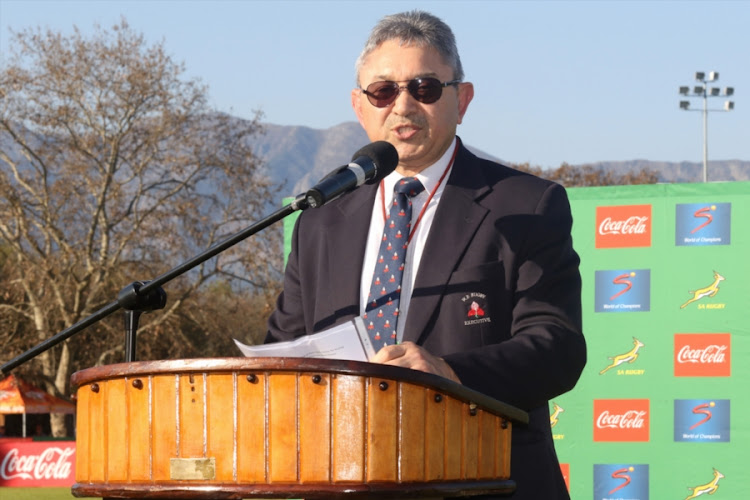 SA Rugby has lost patience with the Western Province Rugby Football Union (WPRFU) and has taken administrative control of the union.

SA Rugby informed the embattled union of its decision following an endorsement from the executive council (exco) of the SA Rugby Union.

Immediate oversight of WP, which has been mired in administrative upheaval and is on the brink of financial collapse, has been handed to former SA Rugby CEO Rian Oberholzer.

Oberholzer is a seasoned administrator having served as Sanzaar's CEO at Super Rugby's launch before taking over the SA Rugby position between 1996 and 2003.

“His remit includes supervision of the operational affairs of Western Province (Pty) Ltd, which manages the professional playing teams of the DHL Stormers and Western Province,” SA Rugby said in a statement. It added that president of Western Province Zelt Marais was informed of the decision on Tuesday. Marais could not be reached for comment.

SA Rugby president Mark Alexander, said the decision had been taken with extreme reluctance. “We had engaged with the WPRFU over a number of months on the challenges the organisation faced and tried to assist them in finding solutions,” said Alexander.

“We attempted to partner in a joint oversight committee but were frustrated in our attempts to receive accurate information and engage constructively.”

He added WP regressed in its attempts to extricate itself from those challenges and that SA Rugby could no longer stand by.

“This is very much the last resort, but it had become apparent that the union’s leadership was incapable of putting in place the actions to regularise its position.

“Several of the union’s stakeholders have contacted our offices to express their dismay and we are aware of the public alarm.

“Clause 29 of the constitution of the SA Rugby Union charges that all unions have to ‘conduct their business affairs in such a way that, at all times, they are in a sound financial position, comply with the laws of the republic and adhere to the requirements of good governance’.

“It is exco’s view that WPRFU has failed that test and we could no longer distribute SA Rugby income in that knowledge. On that basis we have taken this decision with a heavy heart.”

The powers of clause 29 allow for the “assumption of responsibility for the affairs of unions...[including] the suspension from office of their elected and/or appointed officials, and the appointment by Saru of administrators, who shall assume all decision-making powers of the unions at both governance and operational levels, and who shall have the authority to direct employees, including CEOs, on a day-to-day basis, such administrators to report and be accountable to and to take direction from the executive council.”

He said SA Rugby assuming control of WP would not have any direct influence on the Stormers' affairs. “Clause 29 gives us the authority to remain in administration until the union’s affairs are stabilised,” he said.

“It is not possible right now to put a timeline to that — although it is our intention and desire to make this process as short-lived as possible.”

Apart from bringing WP back on an even keel, SA Rugby can put in place measures that can ensure the long-term sustainability of the union. WP has accumulated vast debt but has opted out of several commercial arrangements that had the potential of easing their financial burden over the last few years.

Bulls coach Jake White has said that improving performances of South African teams in the inaugural United Rugby Championship (URC) will give the ...
Sport
10 months ago

Bulls coach Jake White has called in veteran SA referee Tappe Henning, who for the past eight years has been working in rugby in the UK, to join the ...
Sport
10 months ago