Lions ready for whatever comes their way in the URC

They will take playing more away games in their stride 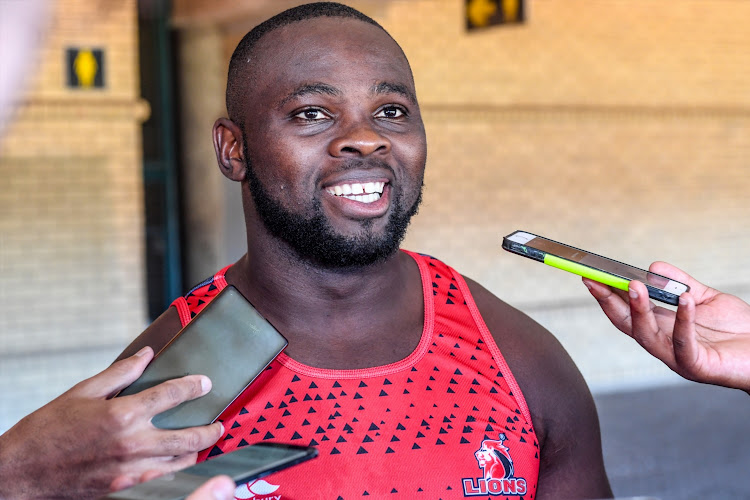 Lions scrum coach Julian Redelinghuys says the team will deal with whatever obstacle is placed in their path, including playing away from home for an extended period in the United Rugby Championship (URC).

The Lions, and the other SA franchises in the URC, will have to play more matches away, with their home matches in rounds six and seven destined to be played in Italy.

Despite SA being taken off the UK's Covid-19 red list for travellers, the domestic franchises will only welcome European opposition to this part of the world next year.

“We don't know too much about that. I think it us only on November 28,”  Redelinghuys said  about playing more games abroad.

“Whatever challenge they throw our way we will deal with it. I'm looking forward to seeing our fans back at the stadium,” said the former Bok and Lions tight head.

Despite struggling in the domestic season and a growing injury list that includes Jordan Hendrikse, Eddie Fouche and Pieter Janse van Vuuren, the Lions have given a decent account of themselves thus far in the URC, winning their first match and proving highly competitive in two ensuing defeats.

In fact, had a highly dubious try not been awarded to the Warriors, they may well have left Glasgow with a win last weekend.

They, however, face a tough assignment in their last match when they clash with table-topping Ulster in Belfast on Friday.

Redelinghuys is enthused about facing an Ulster team more committed to engagement in the scrum. The Lions have scrummed well on tour but haven't always found reward commensurate with their dominance in the set piece.

Redelinghuys argued European teams are crafty when there is a need to roll with the punches.

“The European teams, when they are under pressure, get the ball out quickly. The eighth man gets the ball out from under the prop's feet even with them going backwards. They are doing that well. We still look to create pressure on their ball to cause a bit of instability and disrupt their platform. We can control it better when we put the ball in and we can keep it there longer,” said the coach.

Relishing the challenge of the Ulster scrum

He believes Ulster won't scrum away from that battle.

“I looked at a few of Ulster's games. Against Zebre I think they scrummed for seven minutes. They kept going for the scrum. It's about how they back themselves in a particular facet. It's nice to scrum against different teams and test yourself against international players. That is invaluable for these guys.

“We are looking for good challenges. We want to improve.”

Redelinghuys believes the Lions have made some improvements in the scrum despite the fact that they have had to come to grips with artificial surfaces.

“It is not a big difference. The only one is probably the load on your calf muscles. You have to use slightly shorter studs because the studs don't dig in as deep on an artificial pitch. I prefer natural grass,” he said.

Bulls coach Jake White has said that improving performances of South African teams in the inaugural United Rugby Championship (URC) will give the ...
Sport
2 weeks ago

Bulls coach Jake White has called in veteran SA referee Tappe Henning, who for the past eight years has been working in rugby in the UK, to join the ...
Sport
2 weeks ago