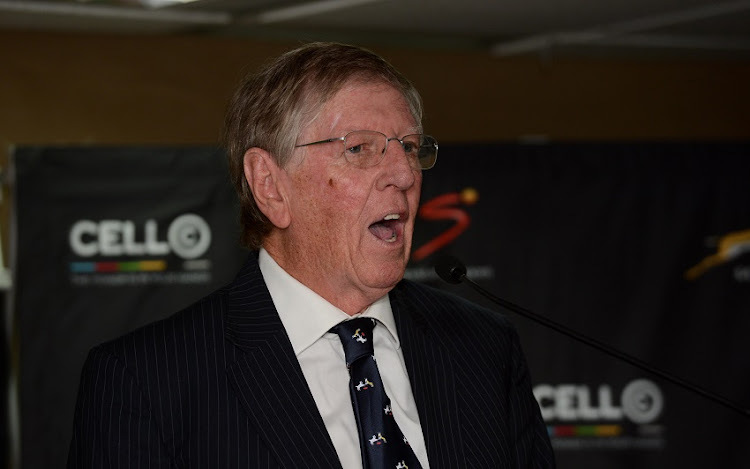 Former professional rugby player Ethienne Reynecke has confirmed that Hugh Bladen is recovering well after suffering a second stroke within the space of a week.

Bladen, the 76-year-old legendary rugby commentator, was hospitalised for several days and was discharged on Wednesday.

“He was OK all along and two days later he had got stroke again,” said Reynecke, who is also struggling with aphasia.

“Obviously he's got the same aphasia as me, but not bad as mine.

“I was a bit worried when I went to hospital to see him. He is in a good spirit and he was walking around.

“I'll be honest with you, I am just happy that he survived it. At his age, to get a second stroke, many don't survive.”

Bladen is struggling with aphasia, a language disorder that results from damage to the portions of the brain responsible for language, as a result of the stroke.

Reynecke described him as a “fighter”.

“He was walking around, he is stronger and he is a fighter, it is unbelievable. I mean people don't survive a stroke twice,” said the former Lions player.

“I was talking to him and he is looking for words and he can’t get the words out. It will take time to get his speech back but he is strong.”

The former SABC and SuperSport commentator also played for Transvaal as a flyhalf.

It's great to see how well it's going with THE Uncle!!!
He is a Warrior and a legend!! #strokes #aphasia #gratitude#survivors pic.twitter.com/aNN02E9EP4

Rassie Erasmus, SA Rugby's director of rugby, will resume his “normal role” on the Springboks' end of year tour, according to coach Jacques Nienaber.
Sport
1 month ago