Rassie will be missed at Twickenham

However, the Boks' spiritual leader has his fingerprints all over the match 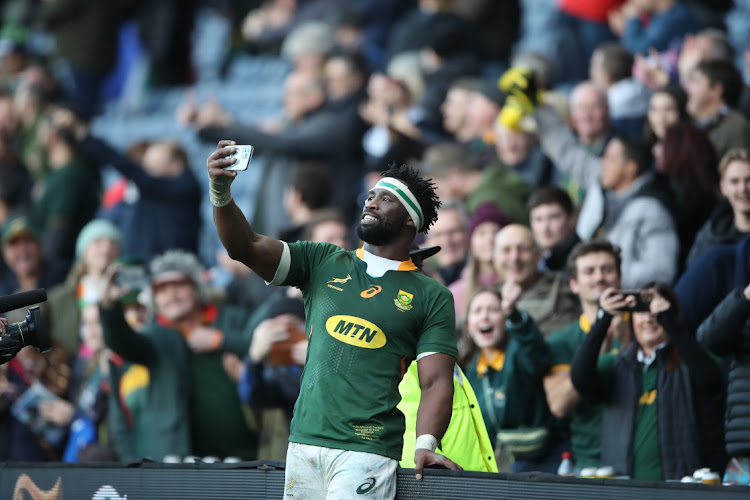 Springbok captain Siya Kolisi has lamented the absence of director of rugby and occasional water carrier Rassie Erasmus from the team's clash with England at Twickenham on Saturday.

“It will be tough,” admitted Kolisi. “His presence makes a big difference to us as a group. He sees things that we don't see and that helps quite a lot. We will miss him,” he said about Erasmus who is serving a ban imposed by World Rugby for the hour-long video he made criticising match officials earlier this year.

He may not be present but the influence of Erasmus will be keenly felt in this fixture. He has helped shape the fortunes of the Springboks over the last three years, and has perhaps even influenced the way England coach Eddie Jones will deploy his troops in this clash.

The Boks may not have his tactical acumen and astuteness on the sidelines or even in the coaches' box but they have long been moulded in the shape SA Rugby's director of rugby has envisioned for them. Not too long ago they beat the All Blacks with Erasmus thousands of kilometres away.

His fingerprints aren't just on the Bok water bottles but on the current crop's DNA.

England go into the match desperate to avoid the drubbing they received by the Springbok pack in the Rugby World Cup final, which was also the last time these teams met. To that end England coach Eddie Jones has opted for a six/two forward-heavy bench, a high risk, high reward selection quirk that paid healthy dividends for the Springboks at the World Cup.

Jones, at all cost wants to avoid running out of forward muscle and to that end he has opted for the extra forward on the bench.

That will to a degree mitigate the hard physical edge the Boks will bring to the collisions in general play but England will find it much harder to contain the visitors at scrum time.

Injury has dealt them a cruel hand, as it has the Boks in the lead-up to their tour.

Jones will send into battle rookie Test front rankers Bevan Rodd and Jamie Blamire but in tighthead prop Kyle Sinckler they have a player who may feel he has unfinished business with the Boks.

Sinckler copped an early blow in the World Cup final and departed the scene after just three minutes and had to watch from the sidelines as his teammates got pummelled.

England will have to stand a lot firmer in the scrums than Wales and Scotland in the previous two Tests if they hope to avenge the World Cup final defeat. Applying the squeeze in the scrums saps the opposition's energy and their drive as was evidenced in the second half the last two weekends.

England are streetwise but the Boks are fired up

England however are likely to be tougher at the ruck and generally more street smart than Wales and Scotland and the Boks cannot afford to spurn first half scoring opportunities like they did in Cardiff and Edinburgh.

They may be ruthless when they turn over possession from deep but it is from more sustained build-up play in the red zone where they can sharpen up. England will be aware of this.

The Boks however will not be short of motivation as they can secure the world No.1 ranking at year-end if they win at Twickenham. They also have reason to leave everything on the pitch for their spiritual leader.

Assistant coach Mzwandile Stick was clear about their intentions.

“It will be more motivation for us to even play better. He is a very special guy,” he said of Erasmus.

Springbok coach Jacques Nienaber has confirmed that winger Sbu Nkosi and utility back Aphelele Fassi have been released from the touring squad to ...
Sport
6 months ago