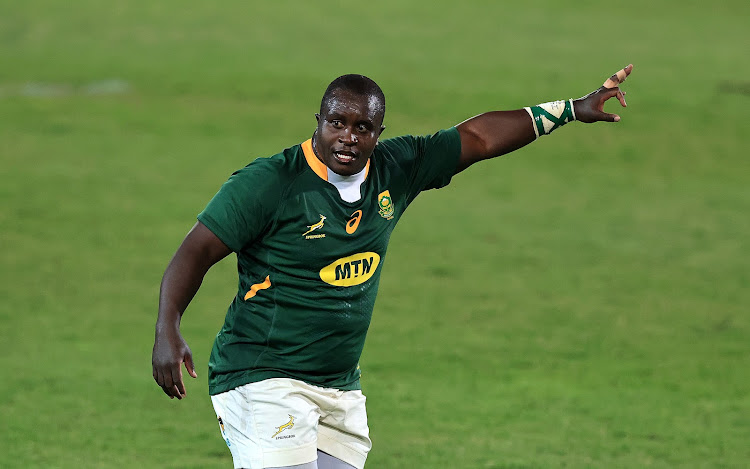 Bulls coach Jake White has admitted that losing experienced Springbok prop Trevor Nyakane was inevitable and there needs to be a discussion on the growing trend of players moving overseas.

The 32-year-old Nyakane, who won the 2019 World Cup in Japan under Rassie Erasmus and has played 54 Tests for the Boks and 82 matches for the Bulls, is joining French club Racing 92.

“Trevor was never going to stay with us forever so it's something we always expected,” said White. “We are planning to see other tightheads join us over the next year or two. Post the World Cup, I couldn’t see him wanting to play domestic rugby but the timing is not always in everyone’s favour.

“We haven’t had him for six months and we probably won’t have him for a big chunk of next year with the Rugby Championship and the incoming tours, and we definitely won’t have him in 2023 when there is preparation for the World Cup.”

White added that given that Nyakane was going to continue being unavailable for most of next year, leaving was the best decision for the Bulls.

“So, if you do your sums and work out return on investment, and I not taking anything from Trevor who has been fantastic for the Bulls and he is an unbelievable team guy, sometimes even the great Alex Ferguson knows when to release players.

“Sometimes, it is the right time and we are very comfortable where we are as a group. Behind the scenes we are doing lots of development to find tighthead props and whatever we need to make sure that we stay a strong union.”

White also noted that having more Springbok players moving overseas is going to work against franchises.

“Looking at Trevor’s model, it is not ideal. One thing that has to be looked at as a franchise coach is overseas players being picked for SA.

“Is that going to be forever because it’s going to come at the detriment of franchise rugby and that is a fact. The discussion in Australia is whether they could pick players playing overseas.

“If you look at the Irish model, no Irish player plays abroad, the Kiwi model is that no Kiwi plays abroad.  So, I am not sure what the answer is, I am wearing my franchise hat and I am saying if you get them for five games is it keeping them.

“I am not so sure that the return on investment offers you the luxury of having so many players unavailable for long periods of time and you have a salary cap. We are not affected as much because it is only Trevor. I can imagine for sides like Western Province and the Sharks, it must be a completely different situation.”

Meanwhile, Sharks coach Sean Everitt has welcomed back his Springboks who include Siya Kolisi, Bongi Mbonambi, Makazole Mapimpi, Lukhanyo Am (c) and Sbu Nkosi for their United Rugby Championship clash on Friday night.