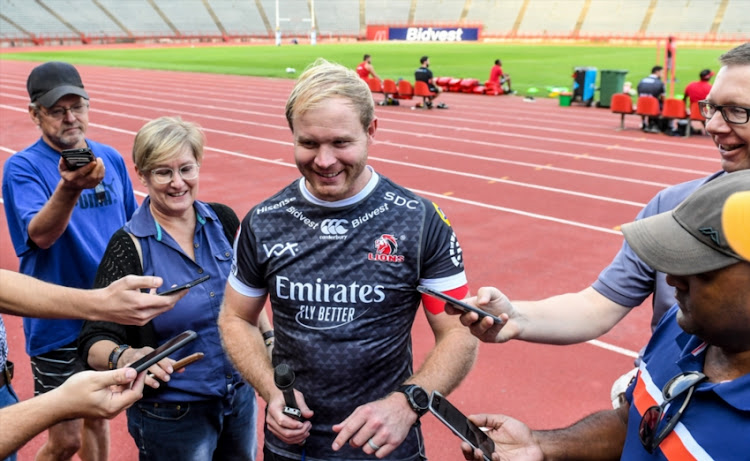 Former Lions and Springbok scrumhalf Ross Cronje has announced his retirement from rugby.

Cronje, who made more than 150 appearances for the Johannesburg side across all competitions, leaves after a successful career that featured a number of notable moments.

“Our Currie Cup victory in 2015 is definitely up there, but a close second was playing in the Super Rugby final. Despite the result not going our way it was amazing to experience it all,” he said, recalling his career highlights at Ellis Park.

Cronje, who captained the Lions at times, believes the squad competing in the United Rugby Championship (URC) will adjust quickly and could be strong contenders as the tournament progresses.

“I’ve heard positive things from the guys about their tour to the UK that was coupled with the excitement of playing in a new tournament.

“It may have been a tough start for us, but the guys seem to be finding their feet and I am positive that success is around the corner.”

Cronje was capped 10 times for the Springboks and is swapping his rugby kit for the corporate world as he embarks on the next chapter of his life.

“My focus shifts to the property world where I’ll be joining a property group specialising in a range of commercial and industrial portfolios. It’s something I’m looking forward to — embarking on a second career,” he said.

Lions Rugby Company CEO Rudolf Straeuli thanked Cronje for his contribution to the franchise and rugby in SA.

“Ross has been a prime example of a true professional. Besides being a quality player he displayed immense maturity within the leadership group and served as an outstanding example to the younger players in our system. We wish him and his family well as they embark on  life after rugby,” Straeuli said.

The Bulls will start the defence of their Currie Cup crown with a tricky trip to the highly unpredictable Pumas at Mbombela Stadium in what will be ...
Sport
2 weeks ago

Rassie Erasmus told Springbok fans it was time to “park 2019 and talk 2023” as the national team plans to defend the title they won in Japan.
Sport
3 weeks ago

SA's long-awaited return to international rugby saw Lions tamed and critics quietened as the world champions finished on top in 2021 after New ...
Sport
4 weeks ago