Journeyman lock back from injury for Lions 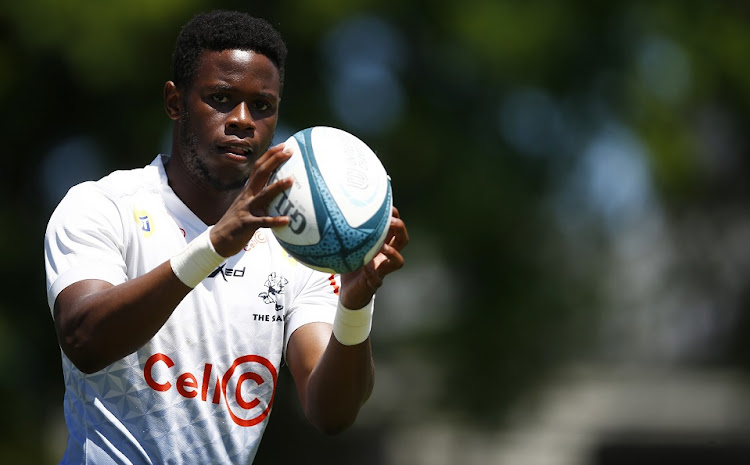 Aphelele Fassi of the Sharks during a training session at Kings Park in Durban on January 17 2022.
Image: Steve Haag/Gallo Images

The Lions will re-emerge from their festive season hibernation with lock Pieter Jansen van Vuren back from injury and in the match 23 for their United Rugby Championship (URC) clash against the Sharks at Ellis Park on Saturday.

It will be their long awaited first home match in the URC.

The journeyman second-rower, who has had stints at the Valke, Griquas, Griffons and Pumas, has recovered from the injury that snapped short his tour to the UK last year.

He is in the starting team along with Ruhan Straeuli who comes in for the injured Vincent Tshituka. The latter's absence will be keenly felt by the Lions. He has consistently been one of their standout performers.

Coach Ivan van Rooyen, however, backed his loose trio to get the job done.

“It’s unfortunate to lose Vincent due to an injury setback, but the opportunity now presents itself for Ruhan to come in and do the job for us in concert with Jaco Kriel and Francke Horn,” Van Rooyen said.

For sheer work rate, it is hard to plug the hole left by Tshituka.

Van Rooyen hopes Jansen van Vuren will replicate the energy and urgency he has shown on the training field on match day.

“We are pleased to have Pieter back. He was great for us on tour before injury halted his momentum. He’s trained really well over the past few weeks, and he is eager to get stuck in again.”

Naturally the coach is relieved to be finally playing at home after all the disruptions to the SA teams' playing roster.

“It’s great to be back for URC action especially on our home turf. It’ll be our first URC fixture at home since the campaign started so we’re pretty excited about that,” Van Rooyen said.

Former Lions and Springbok scrumhalf Ross Cronje has announced his retirement from rugby.
Sport
4 months ago

The Sharks meanwhile, under captain Lukhanyo Am, will take a Bok-laden team to Ellis Park.

They will hope to hit the deck running after the longer-than-planned break.

“It’s been a tough two weeks after the break and our focus has been on reflecting on phase one of the URC, which was a difficult challenge playing overseas,” explained fullback Aphelele Fassi.

“The lessons taken from that into this phase of the URC have been good for us and we’re looking forward to getting out there and rectifying our mistakes and building from there.”

In perhaps an ominous sign for the Lions, Fassi said the Sharks are relaxed, a state of mind in which they often play their most uninhibited rugby.

“The mood is relaxed, everyone is eager to get out there and play. There’s a lot of energy at training, the boys want to put in a good effort every session, even though it’s scorching out there. But everyone is happy that there are fixtures and that we’re able to play again.”

“We’re expecting a very fast game. They’re a team that loves to play with a lot of intensity and keep the ball in play and we’re looking forward to the game,” he said.

“For some of us, it’s our first taste of URC rugby, for some it’s their first game in a long time and we’re all looking forward to the challenge.”

The Bulls maintained their position at the top of the Currie Cup standings with a domineering 40-7 win over Western Province at Cape Town Stadium on ...
Sport
4 months ago

Forwards do the heavy lifting as Cheetahs down Griquas

Desperate to atone for their poor showing in last year's Currie Cup the Cheetahs made their experience count to down Griquas at the start of their ...
Sport
4 months ago

The Bulls and Western Province will renew their intense and storied rivalry during their traditional north-south Currie Cup showdown at the Cape Town ...
Sport
4 months ago

The Bulls will start the defence of their Currie Cup crown with a tricky trip to the highly unpredictable Pumas at Mbombela Stadium in what will be ...
Sport
4 months ago