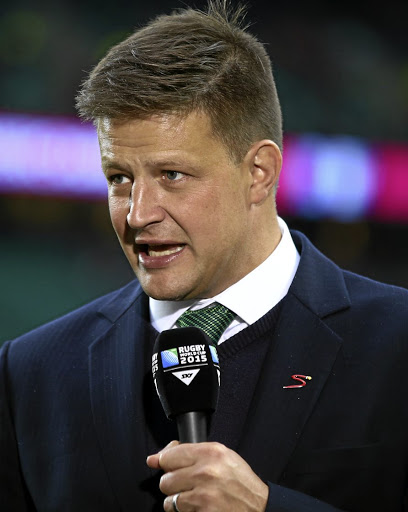 Former Springbok loose-forward and captain Bob Skinstad was impressed by the try scoring from SA teams on their return to the United Rugby Championship (URC) tournament last weekend.

In what turned out to be a try fest last Saturday, matches between the Lions and the Sharks and the Bulls against the Stormers produced 19 tries to leave Skinstad in awe.

“It was a celebration of rugby,” said Skinstad adding that it was also good to see Springbok players in action.

“Both matches were exciting and high-paced where we saw some incredible offloads, one-handed passes, passes through the legs and attacks. It was great to see the Springbok players performing so well.

“I think this weekend showed that the SA teams will be able to score tries against any side from the Northern Hemisphere, which is what they’re going to need to do to be successful in this competition.

“I think the teams will all be happy that they’re on the right track on attack. They can maybe shore up a bit on defence, but if they score enough tries they’re going to be right in it.

“I’d give both matches an eight out of ten for attack and a seven out of ten for defence. I really enjoyed every minute of watching it. It was just fantastic to sit back and watch a true spectacle of SA derbies.”

Looking back at the Sharks’ 47-37 win over the Lions at Ellis Park, Skinstad was impressed by the way Springbok centre Lukhanyo Am controlled the match.

“Am was the best on field by a long way, but he was well supported by his front rankers and some lovely offloads. Am’s ability to put a chip over the top at the right time, or a long pass to Aphelele Fassi and a long kick for Makazole Mapimpi really kept control of the game for the Sharks.

“The Lions came back into it at one stage, but Am just kept enough control of that contest and it was wonderful to watch him. The outside backs in general really impressed me. It was enough to show that our players have the skills, speed and pace but also the ability to make those quality decisions at the right time.”

Skinstad was surprised by the Stormers’ 30-26 victory over the Bulls at Loftus.

“The Bulls have just been better for longer, but I think the Stormers will be absolutely delighted with that win.

“They really showed the wherewithal to handle the Bulls' comeback when they scored those 19 unanswered points.

“I thought Manie Libbok was good, and Steven Kitshoff and his chargers worked really hard upfront.”

Skinstad said this match also showcased the value of experience in a team.

“I want the young players to come through and do well, but it’s also amazing to see the experienced players and how their rugby smarts make a difference.

“The evergreen Morné Steyn comes on and immediately makes a difference for the Bulls with a kick across field.”

Skinstad concluded that the weekend was a valuable advert for SA rugby.

“All of those matches were on TV here in the UK. The Vodacom United Rugby Championship is a wonderful international showcase of our SA talent. It was just such a feel-good rugby weekend for me.”

In a quite remarkable match that marked their return to the United Rugby Championship, the Stormers upstaged the Bulls 30-26 at Loftus on Saturday.
Sport
3 months ago

The Lions' United Rugby Championship homecoming ended in defeat at the hands of the rampant Sharks at Ellis Park on Saturday.
Sport
3 months ago