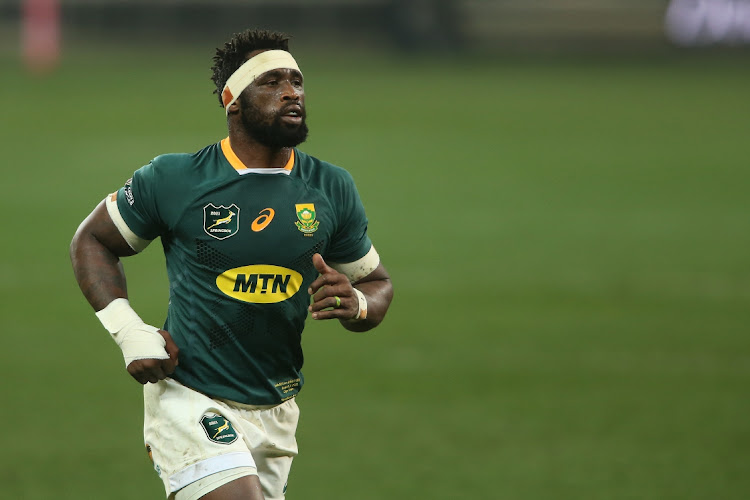 Springbok coach Siya Kolisi has refused to bask in the glory alone after he was confirmed as SA Rugby Player of the Year on Thursday.

Kolisi, who led the Boks to memorable victory over the British & Irish Lions, has been rewarded for his storming international season in which he was the only South African to play in all 13 Tests in 2021.

Reacting to the news that he has become the first Bok captain to win the coveted award since Jean de Villiers in 2013, Kolisi said it was made possible by the support of his teammates and the rest of the management team.

“Anything we achieve as a team is always number one or on top of everything,” he said.

“So many guys, including those who were nominated, stood up in a very difficult year and I am really honoured because it could have gone to anyone in the team.

“Individual achievements are not things that we really focus on as a team, that is not our motto but these things do happen and I am really honoured and grateful. Without my teammates, the coaching staff, I really wouldn’t have achieved this.”

Looking back at last season in which they participated in the British & Irish Lions series, the Rugby Championship and the end of year tour of Europe, and played against Georgia, Kolisi said they were able to adapt in the face of many challenges.

“I took a lot of positives from what happened last year with all the challenges we faced as a group and the way the coaching staff, our management and everybody adapted.

“The biggest thing that I took out is the way we didn’t complain. We just got on with it even though we had stumbles along the way. When we played against the British & Irish Lions, I think the first time we trained together as a group was on the Monday of the Test match.

“Because of this, I know that in future when we face challenges we will be able to adapt and that was the biggest positive. Another important thing is that whenever we lost a game, we always found a way to get up and go at it again.”

Referee Aimee Barrett-Theron, who is among officials at the Six Nations, capped a remarkable season by winning the Referee of the Year Award for the second time after she also walked away with the accolade in 2019.