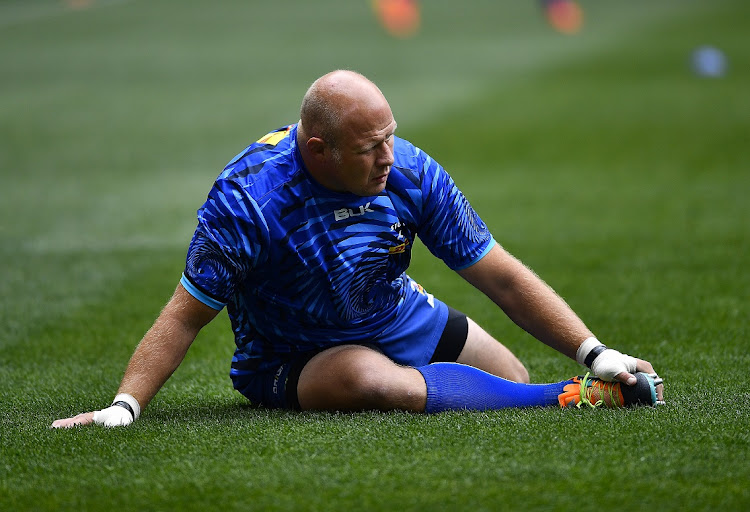 When the Stormers announced Brok Harris would be joining their ranks, many eyebrows would have arched at the prospect of a journeyman, soon-to-be 37-year-old prop taking them forward.

Harris played for the franchise for seven years until 2014 before moving to the Dragons in Wales, where most observers thought he would see out his playing career.

He, however, has resurfaced in Cape Town and has perhaps gone about his new role with more shoulder-to-the-wheel energy and vitality than at any stage during his previous stint with the Stormers. To suggest that he has exceeded expectations would be an understatement.

Harris had played enough for the Stormers in his previous rugby life with the team to reach a 100th appearance when they take on the Sharks in a United Rugby Championship (URC) match at Cape Town Stadium on Saturday.

“It's unbelievable. It's been seven years and not in my wildest dreams did I think I'd get to 100,” said Harris, who had been stuck in the 90s in all the time he spent in Wales. “When I got the opportunity it was a no brainer. I'm very happy.”

‘Bulls depth to be tested his week’ — Matanzima

Bulls prop Simphiwe Matanzima says the depth of their squad will be tested this week with the team playing in the Currie Cup on Wednesday and the ...
Sport
6 months ago

The prop has made some telling contributions since his return and in many ways has performed over and above his job spec.

“When we got Brok, we wanted someone that could help the scrum coach,” Stormers coach John Dobson pointed out. “Shimmie (Hanyani Shimange) had left. Brok was part of an amazing scrum culture when he was here and our scrum became more dominant.

“He was to help the players and bail us out if we needed him on the field. It didn't take long for him to be on the field and be absolutely amazing on that URC tour. We did really well at scrum time over there. There was also some amazing handling skills against Munster.”

Harris is largely credited with bringing stability to the Stormers scrum at a time some of their big hitters are sidelined.

“Then he became a starter and had to downgrade his coaching and mentorship role. Without Neethling (Fouche) and Frans (Malherbe) he has had to move across. It is a helluva achievement to go from a coach to being a starting loose head to then be moving to tight head.

“It is not what we thought would happen. He is a yster of this team on the field.”

The day we gave the Crusaders 40 at Newlands was very special, as was the 2010 Super Rugby in Soweto.

For Harris it has been “a helluva journey”.

He is modest and speaks in reverent terms about his former Stormers teammates.

“The day we gave the Crusaders 40 at Newlands was very special, as was the 2010 Super Rugby in Soweto,” recalled Harris.

Through all the memorable moments he remembers his debut: “It was against the Cheetahs in Bloemfontein in 2007. They brought Os (du Randt) back for the World Cup and that day he had to play in the Vodacom Cup (in the curtain raiser). I went out to watch. There was my hero, playing Vodacom Cup.”

Harris may be on borrowed time as far as his on field activities are concerned but the Stormers are just happy to have him.

“As long as he wants,” said Dobson when asked about the length of Harris's contract. “He has quite a lot of rugby left in him. He has brought so much to the organisation. He is someone we would like to retain.”