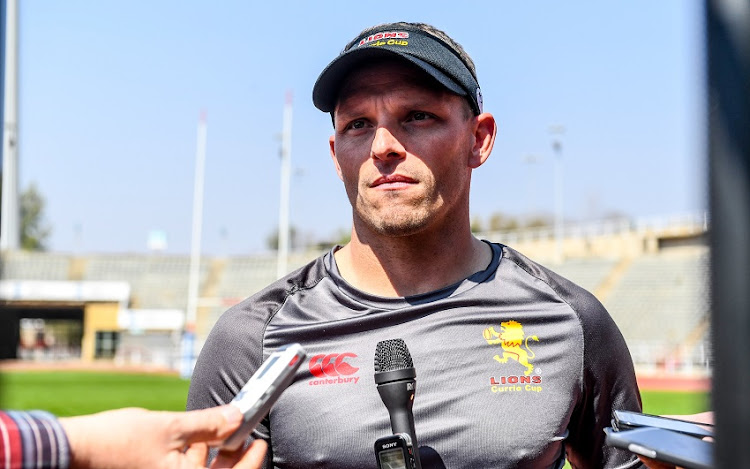 Lions coach Ivan van Rooyen has named a new-look side to play the Bulls at Loftus in a URC clash on Saturday.
Image: Sydney Seshibedi/Gallo Images

The fallout from the Lions' United Rugby Championship (URC) defeat to the Bulls last weekend has been severe.

Many of the miscreants in their 34-10 loss have been left out for the return fixture away at Loftus on Saturday, though injury has also played a role in the much changed team.

In the backline, only scrumhalf Andre Warner will return to the place he occupied last week, while Edwill van der Merwe switches wings. Rabz Maxwane and Wandisile Simelane have disappeared from the team sheet.

The pack shows three changes and a positional switch.

“Both players and management had difficult conversations post the Bulls fixture and we felt that a better showing was required if we wanted to be competitive this week,” said  coach Ivan van Rooyen.

“It's an opportunity for others to step up and show us what they can do on a big stage. We spoke last week about chances and how we as a group pride ourselves in creating these kinds of opportunities for players.”

In their review at the start of the week the players may have developed the sense that team selection was going to cut to the bone.

“Through true reflection and honesty one can grow and move forward,” said Van Rooyen. “There were honest discussions this week. There should be, whether you win or lose. That's how teams develop. Our video session on Monday was to the point.”

That the Lions' review was stinging was evident from defence coach Jaque Fourie's damning assessment of the team's performance in the tackle when he addressed the media on Tuesday and stand-in captain Jaco Kriel on Friday. “On Monday we got all the bad stuff out of the way. That was good,” said Kriel.

Van Rooyen, who noted some of the changes were rotational, said the debrief was well received. He and Kriel are hoping for an improved performance this weekend.

“We are fortunate to get a second chance at the same opposition. There is not a lot we have to change,” said Kriel.

Compared to last week, the Lions' line-up for Loftus is barely recognisable. Kriel takes over the captaincy from Burger Odendaal who sits out due to concussion protocols. Tiaan Swanepoel moves to flyhalf, while Matt More gets a start at inside centre.

There will be potential URC debuts for Steenkamp and Quan Horn who have been named on the bench.

The Blitzboks have captured SA’s heart, their popularity transcending boundaries in a still-divided country
Sport
6 months ago