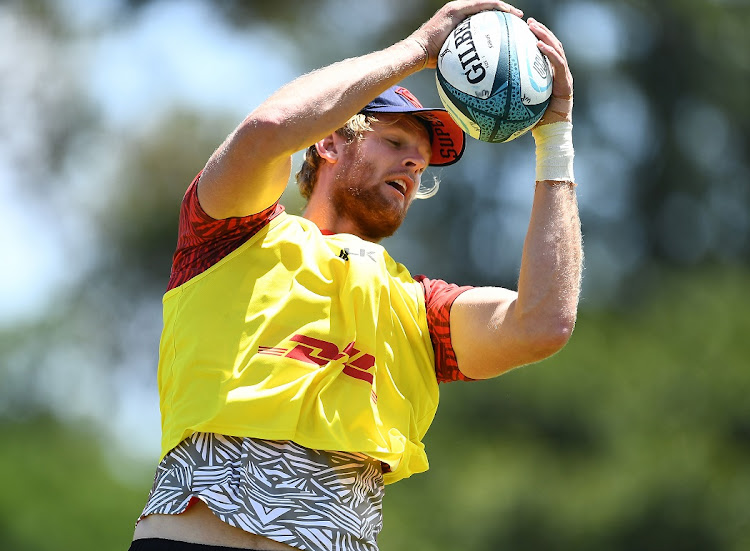 Not too long ago Stormers lock David Meihuizen potentially had the world at his feet. On Tuesday, however, in a decision dictated by head over heavy heart, he announced he is stepping away from rugby.

Meihuizen was forced to pull the plug on a career that showed much promise.

“Due to circumstances out of my control and the advice of respective specialists I will be retiring from all forms of rugby,” the 24-year-old wrote on social media.

“As a result of having many concussions over the course of my short career, I have been advised to stop playing the game to prevent any long-term damage to my brain,” he added.

“Unfortunately this is not the first time David had felt prolonged post-concussion symptoms, so we have been monitoring him closely for some time,” Suter said.

“All correct procedures were being followed to get him back on the field safely, but it was not to be. And while it is very sad that he has had to make the decision to walk away from the game on medical advice, it is ultimately the right call with his future beyond rugby in mind.”

“So you just have to bring it every weekend, whether you’ve played 100 senior games or are just a young player in his third game. You bring it and ...
Sport
5 months ago

Meihuizen joined the Western Province system after finishing school and had made 23 appearances for the province and eight for the Stormers, the last being against Connacht in their United Rugby Championship clash in Galway.

He may not have played that many games for the senior teams, but the verve and vigour with which he threw around his strapping frame caught the eye of Scotland’s hierarchy.

Meihuizen was in Scotland’s crosshairs on account of maternal ancestry but he opted to stay in the Cape.

He had just returned from a long-term knee injury before he suffered the latest blow to the head against Connacht.

“I have played through torn ligaments and muscles, cracked bones and everything in between,” Meihuizen wrote.

“I have woken up at 4am to drive to training sessions. Trained until I have vomited. I have missed more family and social gatherings than I can count.

“I have poured my blood, sweat and tears into this game for seven years and it was worth every second of it. I fell in love with the camaraderie, the teamwork, the technicality and complexity.”

Springbok captain Siya Kolisi has made an impassioned plea for society, including the sports world, to start making a better effort to address the ...
Sport
5 months ago

Though he never envisaged playing professional rugby, Meihuizen admitted he is heartbroken.

“Many boys dream of growing up and playing for the Stormers. I did not. Because I never thought I would. I was never the best rugby player. I wasn’t even the second- or third-best. But at the age of 18, Western Province Rugby gave a tall skinny kid from Paarl a chance.”

“Everyone here is absolutely gutted for Dave, he was a player of immense potential who had a fantastic attitude towards the game and his presence will definitely be missed around the squad.

“We all wish him everything of the best for the future and know he will make a success of whatever he does next,” Dobson said.

The abruptness of the decision has been equally hard to process for Meihuizen: “I’ve heard people say, ‘You never know if this will be your last game.’ Those words have never rung truer as I won’t be able to play my last game. I will miss this game.”

Rugby chief executives continue to be frustrated by the restrictions imposed on their operations through government's extension of the national state ...
Sport
5 months ago

Lions defence coach Jaque Fourie expects Munster to be an even tougher nut to crack on Saturday than they were for the Bulls at Loftus Versfeld last ...
Sport
5 months ago

Kruger happy Bulls are improving their line-outs, scrums and mauls

Bulls scrum consultant Werner Kruger says the departure of Springbok prop Trevor Nyakane was a blow but has created opportunities for younger players ...
Sport
5 months ago