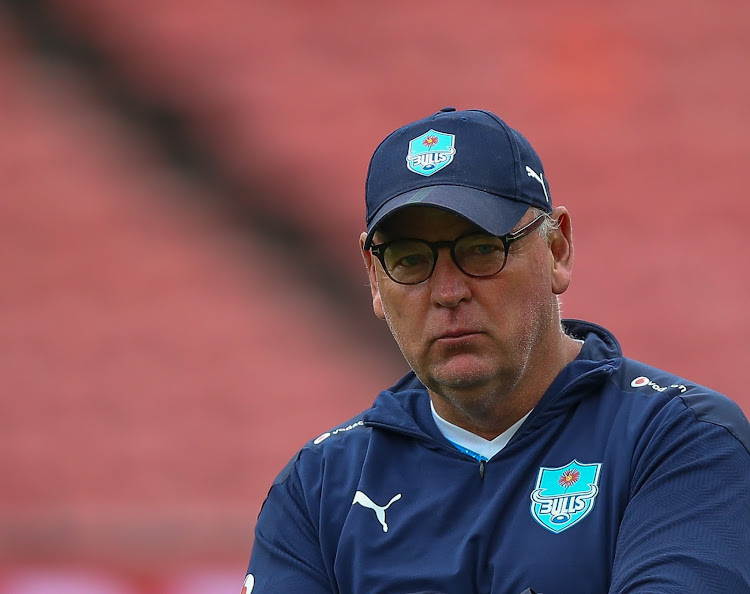 Bulls coach Jake White has described their dominant 57-12 bonus-point win over the Scarlets in their United Rugby Championship (URC) match at Loftus on Friday as probably their best performance of the campaign.

However, they may be overtaken on the log standings by the Sharks and the Stormers who are up against Zebre Parma and Cardiff in Cape Town and Durban respectively on Saturday afternoon.

“Probably the best we have played, probably we could have scored a few more tries,” said White as he reflected on their impressive performance.

“I said before the game that people were asking what do you want to get out of the game and I said want to see some interplay between forwards and backs and I don’t think you can get better than that.

“If you get locks and props passing between each other and the openside flanker throwing a 40m pass to the wing, then you know that things are coming together.

“I thought our scrum was good today as well, they have been working very hard with Werner (Kruger) and Edgar (Marutlulle) and we got some good returns on our scrum.

“Considering there was no Morné (Steyn), Chris Smith did very well and we have a guy like Robert Hunt who has improved and seeing Jacques van Rooyen at tight head is very pleasing.”

After a defeat to the Sharks at home in February, the Bulls were in the bottom half of the table but they have refreshed their hopes for the knockout stages over the past few weeks.

“Let’s not forget that a couple of weeks ago we were 14th on the log and as it stands now I think we are top of the SA conference. I know they have games in hand but it just shows you that we are improving every week.

“So, we are creating a bit of depth within our squad and next week Embrose, Morne and Lionel are back. I am talking about them being in line for selection and that is good for us.”

The Bulls powered to a 57-12 United Rugby Championship (URC) win over the Scarlets at Loftus Versfeld on Friday night.
Sport
4 months ago

Bulls Currie Cup coach Gert Smal has described the evergreen Morne Steyn as a world-class player after the veteran star reached another milestone in ...
Sport
4 months ago