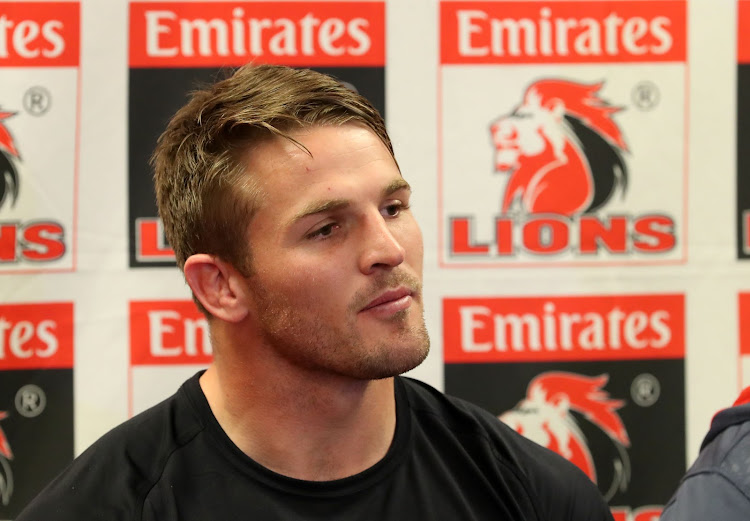 Lions captain Jaco Kriel is out for the rest of the season.
Image: Muzi Ntombela/BackpagePix

The news of a season-ending injury to captain Jaco Kriel will come as a significant blow to the Lions in the lead-up to their United Rugby Championship (URC) clash against Munster at Ellis Park on Saturday.

Kriel was injured in last Sunday's match against Cardiff and the player's sanguine initial prognosis proved to be off the mark. “The knock was quite serious,” said Lions coach Ivan van Rooyen. “There is a fair bit of damage. Jaco has had an operation and will be out for the rest of the season. That's three to four months,” explained Van Rooyen.

Kriel's place will go to Sibusiso Sangweni who will try to make up his lack of experience with verve and vigour.

The rest of the team remains unchanged as the Lions go in search of back-to-back wins against a team that delivered a splendid rearguard action against the Bulls at Loftus last Saturday.

Staying in the contest

“They refuse to go away,” cautioned Van Rooyen. “In their last two games they chanced their arm a little more. I think they've conceded just seven tries in their last five games. Their game is based on territory and physicality.

“We believe Munster is one of the top two teams in the competition. The Irish teams are fit and have the best skill set in the competition. Munster has a nice SA flavour to them with their coaches and players. It will be a good challenge for us. We have to be spot on for 80 minutes and show them what Emirates Airline Park is all about.”

That probably translates to the Lions playing the game at a lung-busting pace. Munster are unlikely to be affected by the altitude but playing at a high tempo might have a debilitating affect.

One player who will be unfazed by that approach is Munster's Springbok centre Damian de Allende. “Damian made a massive difference when he came onto the field last week,” noted Lions captain Burger Odendaal. “We expect him to start. It (he) is a bit of a different challenge. We know he wants to get over the gain line, keep defenders busy and it is something we'll have to sort out,” said Odendaal.

Talented World Cup-winning Springbok wing Sbu Nkosi may be lost to the Sharks and one of his potential destinations could be bitter rivals the Bulls.
Sport
4 months ago