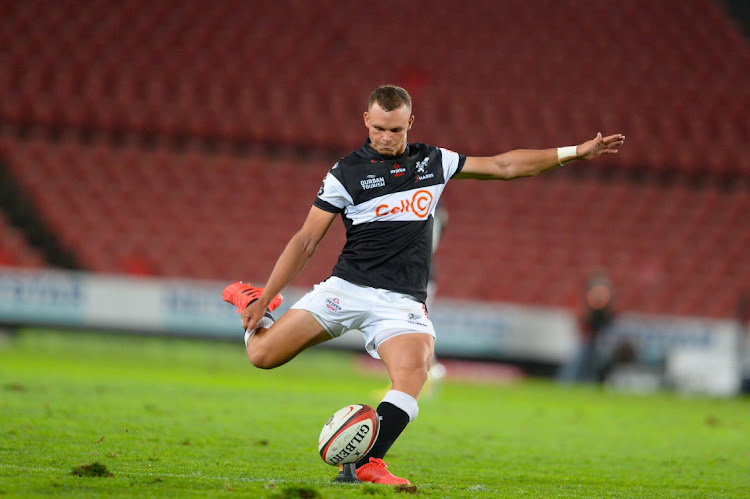 Curwin Bosch was in fine kicking form for the Sharks against Zebre.
Image: Gallo images

The Sharks plodded along for much of the first hour before downing Zebre 38-6 in their United Rugby Championship (URC) match in Durban on Saturday.

The hosts made heavy weather of subduing Zebre in the first half and held a slender 10-6 lead at the break.

In a match they would have eyed as potential bonus point opportunity, the home team struggled to assert themselves against the bottom team in the competition.

A try by Henco Venter was all they had to show in an error-ridden first half in which the Sharks lacked continuity and fluidity.

They made too many basic errors, with handling imprecision proving a great frustration. Matters were exacerbated in the rucks, where the Sharks lacked accuracy. They did have a lot of possession but they found ways to let the visitors off the hook.

They were much better in the second half and kept the visitors scoreless.

It was only around the hour mark that they broke the visitors' back. That coincided with the visitors losing players to the sin bin.

The Sharks are planning to use their United Rugby Championship (URC) bout against the competition’s whipping boys, Zebre, to perfect their ...
Sport
4 months ago