Odendaal set for Lions return, and on a collision course with Ireland's Aki 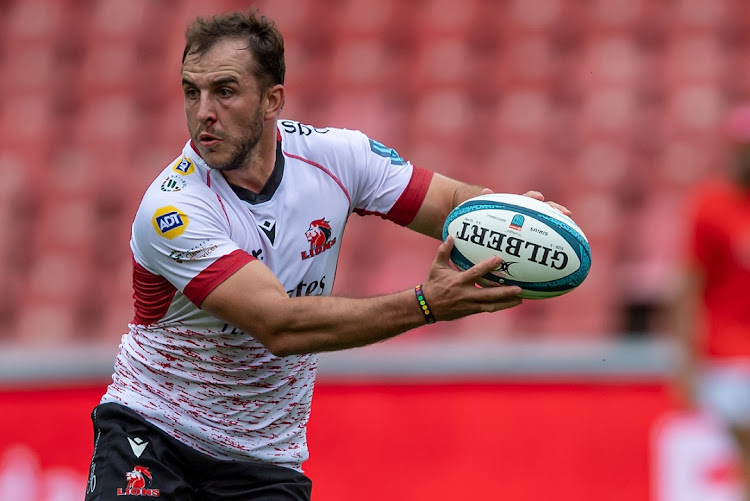 Burger Odendaal of the Lions in action in the United Rugby Championship match against the Bulls at Ellis Park on January 29 2022.
Image: Anton Geyser/Gallo Images

The Lions built much of their four-match winning run on the back of sterling performances from Burger Odendaal and they will be buoyed by the captain's return for Saturday's United Rugby Championship (URC) clash against Connacht at Ellis Park.

That winning streak was snapped by the Sharks in Durban, which was the second of two matches the centre missed due to Covid-19 protocols.

His availability along with hooker Jaco Visagie and tighthead prop Carlu Sadie since their last URC game will widen the Lions' selection options, a problem assistant coach Ricardo Loubscher is happy to grapple with.

“It is good to have tough choices to make in terms of selection,” said Loubscher. “Burger is back in training and we had Jaco Visagie playing in that Currie Cup game against Griquas.

“Carlu Sadie is back in training and he also played that game against Griquas. Everyone will be available for the last few games.

“From an injury point of view, it is just positives so we are looking forward to another opportunity against Connacht to get back to winning ways.”

Aki's direct running will severely test the Lions in midfield but Odendaal has dealt with similar challenges before.

Having lost all but one of their derby matches the Lions may no longer be in contention for conference honours but they can still eye a spot in the top 10, especially if they beat Connacht, the current occupiers of that position.

Mathematically the Lions can still finish inside the top eight and the play-offs but that will require a highly improbable sequence of results. The Lions, though, have pride to play for.

Stormers may get rub of the green

The fortunes of the Stormers and the Sharks in the United Rugby Championship (URC) may well depend on how Leinster, the most decorated team in the ...
Sport
3 months ago