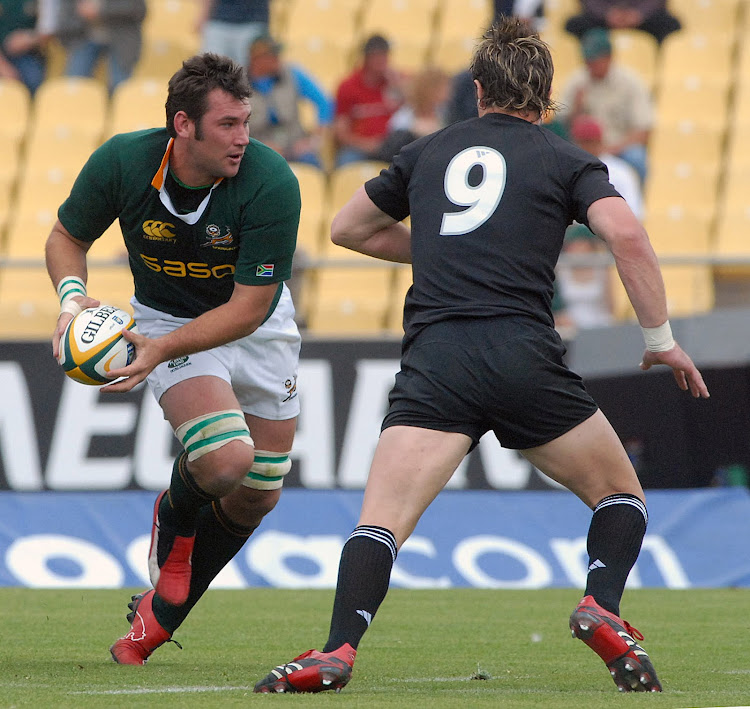 Former Springbok Pedrie Wannenburg has died in a car crash in the US.
Image: Wessel Oosthuizen/Gallo Images

The SA rugby fraternity is mourning the death of former Bulls and Springbok loose forward Pedrie Wannenburg who died in a car crash in the US on Saturday.

At the time of his death in Texas, US, the 41-year-old Wannenburg was a rugby coach for Austin Elite which plays in the North American Major League competition.

Local news outlets are reporting that Wannenburg died when the vehicle he was travelling in with his wife and children was hit by a teenager who was trying to speed away from local police.

We are devastated at the passing of Vodacom Bulls legend Pedrie Wannenburg.

Our heartfelt condolences go out to the Wannenburg family 🕊 pic.twitter.com/ePecg3nSYU

Ulster Rugby is deeply saddened to learn of the sudden passing of former flanker, Pedrie Wannenburg following a car crash in Texas.

The Springbok played a major role in Ulster’s Heineken Cup and Pro12 campaigns, making 54 appearances for the Ulster men between 2010 and 2012. pic.twitter.com/dZyw0pC1dP

Extremely sad news to wake up to this morning. Former team mate at Ulster, Pedrie Wannenburg, has tragically passed away in a car accident.
Pedrie was a legend of the game and one of the nicest guys you could ever meet. Thoughts are with his wife Evette and his young kids. #RIP

Wannenburg is believed to have died on the scene while his son was rushed to hospital where he is in critical condition.

Wannenburg played 99 consecutive matches for the Bulls between 2002 and 2010 and he was capped 20 times as a Springbok.

The Springboks have chosen Toulon as their base for the early matches of their pool stages at the 2023 Rugby World Cup in France.
Sport
3 months ago

Football's loss is rugby's gain: Simelane explains move from Swallows to the Lions

After spending much of his formative years doing the hard yards at Moroka Swallows, Lions centre Wandisile Simelane has moved from football to rugby.
Sport
3 months ago

The Vodacom United Rugby Championship has unveiled the trophy, named Array, to be presented to the inaugural champions during the Grand Final in June.
Sport
3 months ago