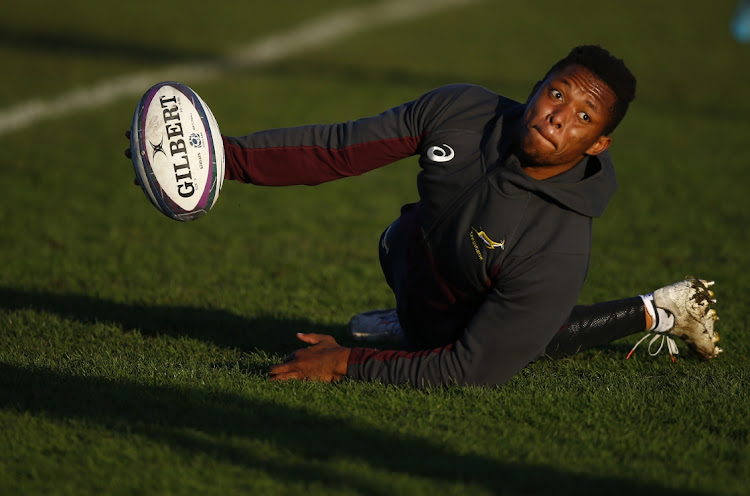 Bulls coach Jake White has confirmed the signing of Springbok wing Sbu Nkosi from the Sharks.

TimesLIVE revealed in March that the 2019 World Cup winner wasn’t going to renew his deal with the Sharks in favour of a move back to Gauteng where he was schooled.

White confirmed on Friday that the 26-year-old player will move to Pretoria at the end of the current United Rugby Championship (URC).

Nkosi has been earmarked to replace Madosh Tambwe who will leave the franchise at the end of the season.

Tambwe is believed to be on his way to French side Bordeaux.

“I think his (Nkosi) deal starts when Madosh goes. Ours is not done on the basis that he arrives early,” White said in a press conference on Friday.

“I think when his season ends at the Sharks and obviously they are done and dusted, he will pack and move back to Joburg where he comes from.

“There’s no intention of anyone joining us before the end of the season, I’m talking about players from other unions in SA.”

Talented World Cup-winning Springbok wing Sbu Nkosi may be lost to the Sharks and one of his potential destinations could be bitter rivals the Bulls.
Sport
1 month ago

The Barberton-born Nkosi completed his matric at Jeppe High School for Boys in Johannesburg.

While they have to wait for the end of the season for Nkosi to join them, White confirmed that lock Ruan Vermaak, 24, from Red Hurricanes of Japan will join the side before the Bulls trip to play the Ospreys.

“The only guy who is joining us next week is Ruan Vermaak. His Japanese season is finished. He will be available as an extra forward for us from next week onwards,” White said.

The Bulls play the Welsh team in the final pool game of their URC campaign on Friday, May 20.

Just like the Sharks and Stormers, the Bulls have secured their spot in the URC playoffs.

With the international season fast approaching, SA Rugby president Mark Alexander says they will continue to lobby government to have 100% capacity ...
Sport
1 week ago

SA Rugby president Mark Alexander has pleaded for patience as the organisation deals with the thorny issue of its CEO, Jurie Roux, who lost a legal ...
Sport
1 week ago

Stormers-bound fullback Clayton Blommetjies says the lack of international rugby at the Cheetahs is not the reason behind his imminent move to the ...
Sport
1 week ago