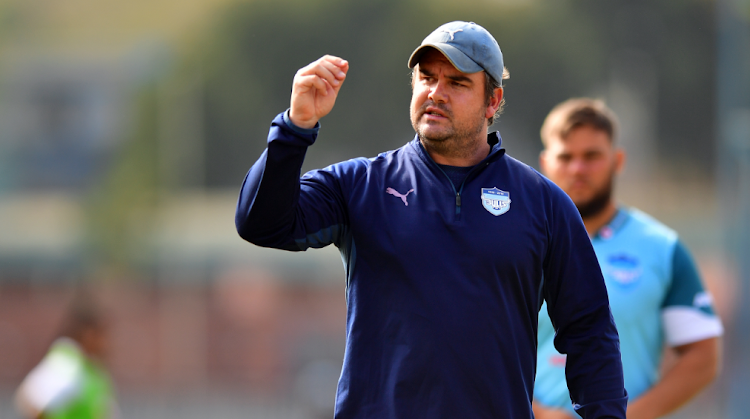 Bulls assistant coach Pine Pienaar is expecting a bruising encounter from the unpredictable Griquas when they meet during their Currie Cup clash at Loftus on Saturday.

The men from Kimberley arrive in Pretoria sitting in fourth place on the standings behind log leaders the Bulls, the unbeaten Cheetahs and the Sharks as they continue to chase a play-off spot.

“This weekend we expect a strong onslaught from the Griquas,” Pienaar said as the Bulls prepared for the match.

“They are currently doing really well and they had a great win against the Sigma Lions in Kimberley. On that day the Sigma Lions had a couple of their Vodacom URC players in the mix.”

The Bulls are on a break from the United Rugby Championship (URC) and their next match is against the Ospreys in Wales on May 20. So there is a possibility of seeing the home side fielding a strong side.

To keep players match fit, the Bulls may use of some of the players who have been in action in the cross-hemisphere competition this weekend while also attempting to find a balance in resting a few of their playing personnel.

“There will be guys resting this weekend but there will also be some guys coming in for the Carling Currie Cup,” said Pienaar.

The Bulls are sitting on top of the Currie Cup table and many believe they are favourites to defend their back-to-back titles but Pienaar is adamant there is still a lot to play for before the play-off stages.

“We see the Carling Currie Cup as a very important competition to play in. We are not in the semifinals yet. We have four games left, starting with a quality challenge against Griquas.

“When we get closer to the Toyota Cheetahs game (the final round robin fixture) and then the semifinal and final, coach Jake White and coach Gert Smal will plan what to do.

“The challenge then will be the [Vodacom URC] semifinal and final that could potentially be overseas. But currently, we are just looking forward to this coming weekend and our planning,” said Pienaar.

With the international season fast approaching, SA Rugby president Mark Alexander says they will continue to lobby government to have 100% capacity ...
Sport
2 weeks ago

The last World Cup placed Japan at the centre of the rugby universe, but their captain Michael Leitch admits it is a space they no longer occupy.
Sport
2 weeks ago