'Nohamba is a massive boost for us': Lions coach Nkosi excited to have former Sharks man 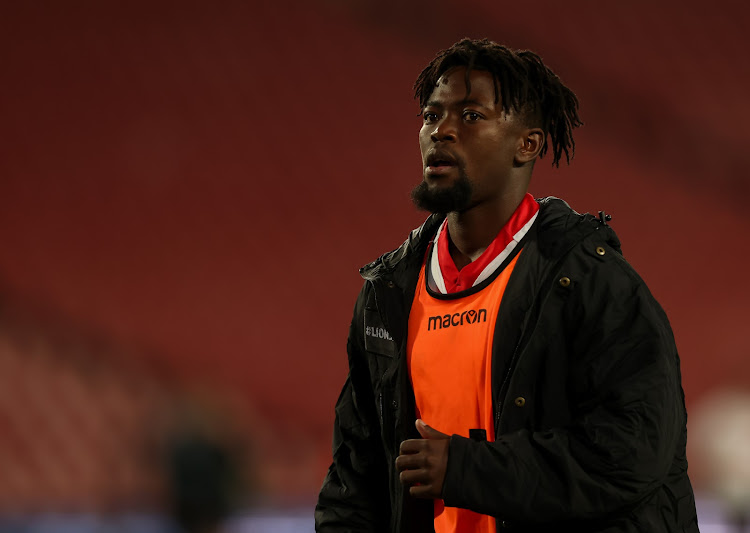 Lions new recruit Sanele Mohamba during the Carling Currie Cup match against the Cheetahs at Ellis Park on May 06.
Image: Gordon Arons/Gallo Images

Lions Currie Cup coach Mzwakhe Nkosi believes the arrival of talented scrumhalf Sanele Nohamba from the Sharks will help decrease the workload of their overworked players in the position.

Nohamba, 23, made his Lions debut in a 35-26 Currie Cup defeat to the Cheetahs on Friday after his move from Durban earlier this week.

The highly-rated Nohamba was forced to take his excellent rugby skills elsewhere after falling down the pecking order at the Durban-based franchise.

The player had Jaden Hendrikse and Grant Williams getting the nod for the United Rugby Championship fixtures ahead of him while Nohamba was mostly deputising for Cameron Wright in the Currie Cup.

Nkosi said while they are expecting him to push Andre Warner and Morne “Krappie” van der Berg for a starting place, he will also relieve the pressure on them.

“It’s a massive boost. I think if I’m being honest, Warner to a large degree and Krappie carried this union for the better part of the last 24 months,” Nkosi said.

Bulls coach Jake White has confirmed the signing of Springbok wing Sbu Nkosi from the Sharks.
Sport
2 weeks ago

“They have put in a massive shift and I think it’s only fair that one of them will go off form and the other will come on form.

“But any quality franchise would have, especially in specialist positions like scrumhalf, hooker, you will have at least three quality guys.

“If you look at the Stormers, they’ve suffered losses in their hooker stocks hence why they brought in new guys.

“I think it can only be a good thing for us and we are excited for him. It’s a pity he made his debut for the Lions in a game like this that we lost, but I think Andre and Krappie will breathe a little bit easier,” he said.

“It’s makes a helluva difference. It’s a third guy to choose from and he will push them, but also will decrease the load on them.

“I think Warner has played in every game that the Lions have played in the last 24 months. That’s probably not fair on him but he has been magnificent. He is a shining talent in the country.”

With the defeat to the Cheetahs, the Lions remain winless in the Currie Cup with four games to go.

Their next fixture in the domestic competition will see them travel to the Bulls on Saturday, May 14. The match at Loftus Stadium will start at 5pm.

With the international season fast approaching, SA Rugby president Mark Alexander says they will continue to lobby government to have 100% capacity ...
Sport
2 weeks ago

SA Rugby president Mark Alexander has pleaded for patience as the organisation deals with the thorny issue of its CEO, Jurie Roux, who lost a legal ...
Sport
2 weeks ago

LIAM DEL CARME | Are the All Blacks vulnerable? We’ll see in August

Former All Black centre Tom Taylor believes Kiwi rugby is going backwards, losing its talent to the north too soon
Sport
2 weeks ago