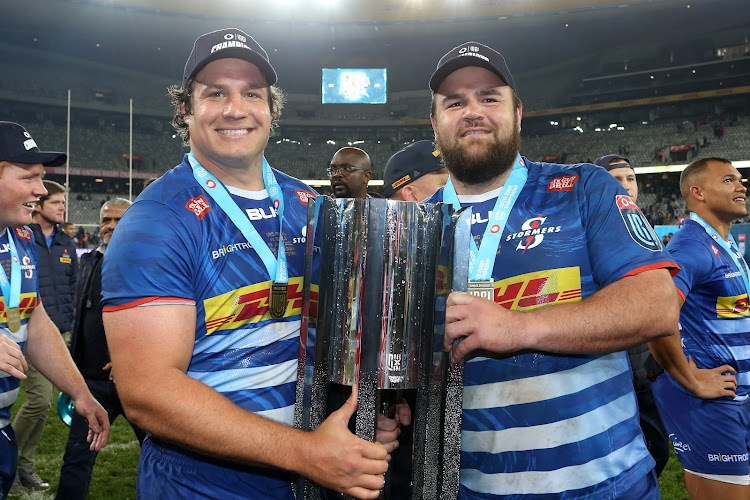 It wasn't so much the Stormers' star power as their collective will that helped them lift the United Rugby Championship (URC) trophy, tighthead prop Neethling Fouche sagely pointed out after Saturday's final.

The Stormers vanquished their old foes the Bulls 18-13 at Cape Town Stadium to claim the prize, but only after it took a gargantuan effort to turn about their season.

Winning the URC came against the odds for the embattled franchise, but Bulls coach Jake White noted with much alacrity the presence of five Rugby World Cup winners in their Stormers' ranks.

While not downplaying the role of Warrick Gelant, Damian Willemse, Herschel Jantjies, Frans Malherbe and captain Steven Kitshoff, Fouche pointed to virtues of the collective in his assessment of the team's championship surge.

“Look at a guy like Scarra (Ntubeni), (Leolin) Zas who missed the final, a guy like Ali Vermaak, He's like 34 but he pitches up and warms up for the game knowing he's not going to play and he does it with a smile. Before we run out he comes to me and says 'try this' and 'do that' in the scrums.

“It takes a collective effort. I'm glad we could do the jersey proud.”

Fouche was equally chuffed the Stormers could live up to the theme that was created for the team.

“Our theme this year was the absurd heroes. You have the Boks, the stars, the guys who catch the shine and then you get the rest of us who just plough away.

“We bring the intensity to training. We have to keep the guys on their toes. I can't allow Frans to get comfortable. I have to push him. Everyone has a voice in the team. Be bold, don't be afraid. Go show your identity.”

The Stormers held their nerve and composure in the closing minutes to secure a maiden United Rugby Championship (URC) title against the Bulls by ...
Sport
2 weeks ago

Fouche was certainly showing his identity as he comfortably held court in front of the assembled media. He pointed to the camaraderie that exists in the group, a sentiment echoed by coach John Dobson.

“There is unwavering work ethic and joy among our players,” said Dobson .

That extends to the coaching group.

“There were high levels of trust. Sometimes the head coach gets too much credit or stick,” said Dobson.

It would have been easy for the Stormers to fragment or even dissolve, given the challenges they faced at the start of the season. Their salaries were paid and was never in doubt after SA Rugby took over the franchise's administration.

Instead of fragmenting, Dobson forged a tight unit.

“It's absolutely surreal, given what the team has gone through,” said the coach.

“We had a mission statement at the start, 'get Cape Town smiling', for lots of reasons.

“There was the pandemic and rugby had lost its lustre in the Western Cape. We were on the front pages for the wrong reason. People were disconnected from the team.

“It is not often in life that you have a big hairy, audacious goal and achieve it. Going about the stadium afterwards people were saying 'thank you'. That is so powerful for us.”

Winds of change blow in Cape Town after Stormers victory

If the Sharks want to achieve their goal of being one of the best rugby sides in the world, they need to address the elephant in the room, which is ...
Sport
2 weeks ago