Willemse slotted a 35m penalty after the hooter at Loftus Versfeld, securing the Springboks a winning start to the 2022 season 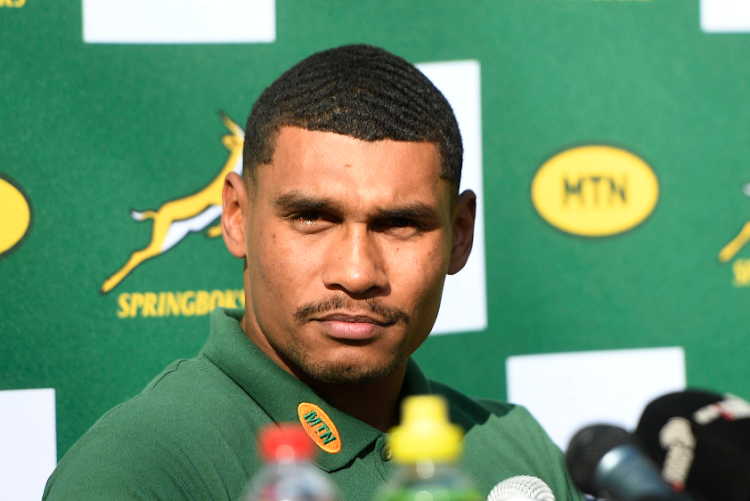 Damian Willemse is poised to break into the Springbok starting line-up after a breakout season for the DHL Stormers.

In his fifth Test start, Willemse slotted a 35m penalty after the hooter at Loftus Versfeld, to deny Wales a historic win on SA soil and secure the Springboks a winning start to the 2022 season.

His left arm was heavily bandaged, a holdover from the injury suffered during the league phase of the United Rugby Championship, which had ruled him out of the quarterfinal and should have consigned him to the sidelines for a month.

“Damian’s not scared of anything. The commitment he showed to play for us in the semifinal, when he should have been out for another three or four weeks, was extraordinary,” says Stormers coach John Dobson.

Having missed the quarterfinal victory against Edinburgh, Willemse stunned pundits, supporters and probably Ulster, when he returned the following week for the semifinal — taking up position on the front lines with an 80-minute performance for a 17-15 victory to book a home final.

“Western Province and the Stormers are important to Damian, and the Bok jersey means a lot to him.”

Questions around Willemse’s best position have harassed his short career, one frustrated by constant change.

The SA Schools and Junior Springbok made his Stormers debut in 2017, but over the next four seasons he lived out of a suitcase between playing flyhalf and fullback for the Cape franchise, mingled with sporadic appearances at number 15 for SA.

I can’t reconcile how people expected Damian to be a world-beater at [the age of] 19. It’s common knowledge that a flyhalf only gets to great rugby at 28 onwards

Willemse’s bold decision-making and blistering athleticism created an expectation about the Paul Roos phenom that the early years of his professional career did not meet and by June 2021 , he’d been written off by detractors after conceding a yellow card in a 31-27 loss against the Bulls at Loftus Versfeld.

Against the same opponents at Newlands in 2017, Willemse beat Pierre Schoeman and Jannes Kirsten among four other Bulls defenders to score a sensational solo try, a feat that Dobson will never forget.

“I’ve been a fan of Damian since he scored that sick try nobody saw coming. I can’t reconcile how people expected Damian to be a world-beater at [the age of] 19. It’s common knowledge that a flyhalf only gets to great rugby at 28 onwards. Dan Carter played some of his best rugby at 35.

“We backed a young guy, tried to give him exposure, and obviously with the way he plays — the style of being a big passer, stepper and off-loader — there are going to be errors. But it felt like he wasn’t given the time to grow, he had to be perfect from minute one,”  says Dobson.

“He’s just got better with time and what people don’t see about Damian is his professionalism. Everyone sees how physical he is on the field, how he tackles with no respect for his body, but he’s a real pro and one of the best at studying the opposition, knowing his detail and knowing the plan.”

The plan is for SA to dominate all comers at the 2023 Rugby World Cup. Willemse is ready to redeem his URC winners medal for a ticket to Paris as a starter after dazzling Wales at DHL Stadium.

Click here to purchase your tickets for the upcoming  Springboks vs Wales Test in Cape Town.

This article was paid for by WP Rugby.