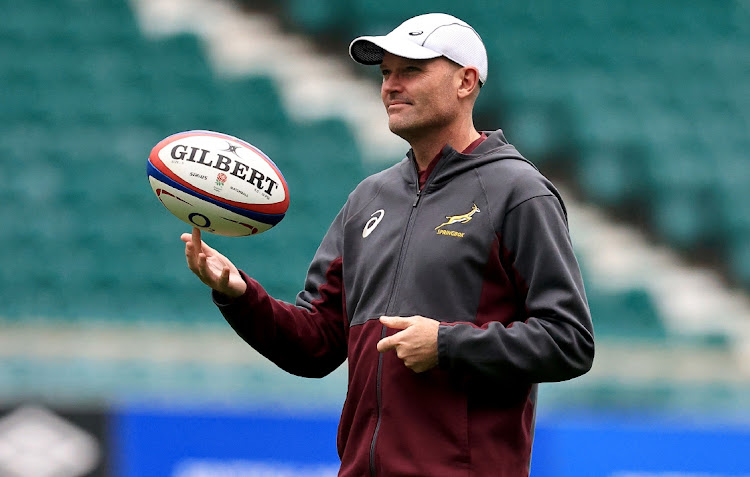 Jacques Nienaber points out that All Blacks coach Ian Foster is not the only one under pressure.
Image: David Rogers

As much as the All Blacks’ Ian Foster will arrive here under huge pressure to arrest his team’s losing sequence of five matches, Springbok coach Jacques Nienaber needs no reminding that the wheel that determines the fortunes of an international coach is in perpetual motion.

Nienaber is under no illusion that the shoe could be on the other foot if the Boks were to slide to defeat in their opening two Rugby Championship Tests at Mbombela and Ellis Park against the All Blacks.

Foster’s situation is particularly pressing, not just because of the five straight losses, but the home series defeat against Ireland was a bitter pill to swallow for All Blacks fans who had to sit through it. The All Blacks will want to relieve pressure and twin wins against their old foe will serve that objective and then some.

“I think they are going to be desperate, but at the same time, I think New Zealand are always desperate. They have a lot to play for just like us. We are playing for our nation, and they are playing for their nation.

SA has been a graveyard for many international coaches. The two upcoming matches against New Zealand will be telling
Sport
3 weeks ago

On that score, Nienaber and Co will be desperate to get their selections spot on for next weekend’s clash in Mbombela. The starting team he assembled for the series decider against Wales earlier this month did not entirely convince and he may face some tantalising decisions in game management positions next week.

No 8 Jasper Wiese fell short of the mark in the decider in Cape Town, but Elrigh Louw and Evan Roos may be considered too green to deploy from the start against the All Blacks.

Kwagga Smith, who played flank in both Tests against the All Blacks last year, is a more than viable option, but he has been at his most effective as a member of the Bomb Squad.

Duane Vermeulen, Nienaber’s go-to No 8, isn’t fully operational on the training field just yet and he is likely to miss selection for the opening Test.

Vermeulen has recovered from a knee injury but it might be unwise to put him straight into the starting line-up.

Nienaber also faces a selection poser at scrumhalf, where Jaden Hendrikse delivered a composed display in the third Test against Wales. In Faf de Klerk and Herschel Jantjies, however, the coach has scrumhalves who have been a thorn in the All Blacks’ sides.

The Springboks must ensure they deliver their “A-game” for the full 80 minutes against a wounded All Blacks team in Nelspruit next Saturday, SA’s ...
Sport
3 weeks ago

All Blacks’ long injury cloud darkens ahead of Boks clashes