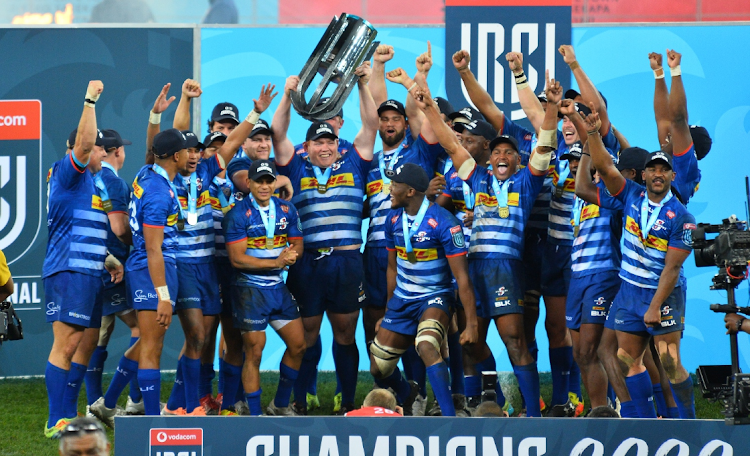 The Stormers, and the rest of SA's URC contingent, start their campaign a week after the tournament's September 16 kick-off in Europe.
Image: Grant Pitcher/Gallo Images

The next United Rugby Championship (URC) season is 50 days away but SA teams will have to wait a week longer to get the ball rolling.

All 18 rounds of the tournament that kicks off on September 16 have been confirmed, but broadcast selections and kickoff times are set to be confirmed early next month.

SA teams will not be in action on the opening weekend, which means the Stormers will only start the defence of their title a week later at home against Connacht.

The Bulls, finalists in the inaugural competition, are also at home at the start when they host last season's quarterfinalists Edinburgh. The Sharks are away to Parma, while the Lions will visit the Ospreys as their first engagements in this edition of the tournament.

The competition will feature seven rounds before the start of the Autumn Nations Series.

The URC format will again see all 16 teams ranked across a single table which will reward the top eight teams with their places in the quarterfinals, followed by the semifinals and Grand Final.

“The diversity of our league we so proudly celebrate, is also a reason for the immense complexity of putting together our season two fixtures,” said Martin Anayi, URC CEO.

“We have seen the success of our tournament format culminating in the grandest of grand finals last season and we look forward to going on this journey with our fans and with our stakeholders to another successful year of world-class rugby in action.”

Coaches will again be allowed to replace red-carded players after 20 minutes in this year's Rugby Championship.
Sport
3 weeks ago

The Springboks must ensure they deliver their “A-game” for the full 80 minutes against a wounded All Blacks team in Nelspruit next Saturday, SA’s ...
Sport
3 weeks ago