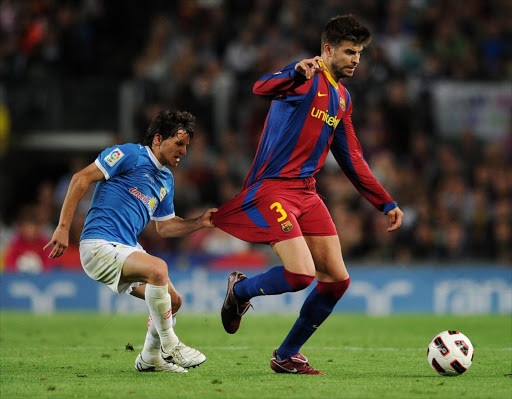 Pablo Piatti (L) of Almeria tries to stop Gerard Pique of Barcelona by holding on to his shorts during the La Liga match at the Camp Nou stadium on April 9, 2011 in Barcelona, Spain
Image: Jasper Juinen

The 22-year-old, who joined Almeria from Argentina’s Estudiantes in 2008, will sign a five-year contract once he has passed a medical, Valencia and Almeria said on their websites (www.valenciacf.com / www.udalmeriasad.com).

“He is a young lad, with a lot of promise who nonetheless has a great deal of experience in top-level soccer,” Valencia president Manuel Llorente said in a statement.