Fowler to play in Thailand 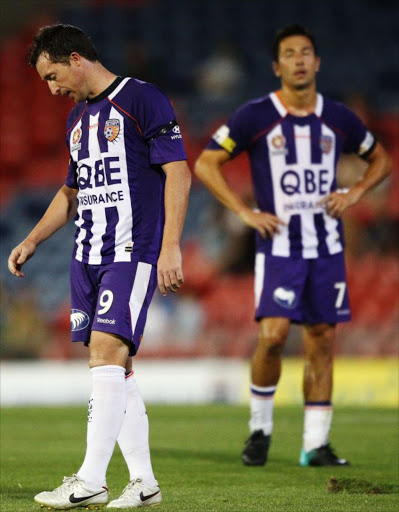 Robbie Fowler and Jacob Burns of the Glory look dejected after going down to the Jets during the round 26 A-League match between the Newcastle Jets and the Perth Glory at EnergyAustralia Stadium on February 10, 2011 in Newcastle, Australia
Image: Brendon Thorne

“He agreed to play with Muang Thong United as a forward,” team manager Ronnarit Suewaja told AFP. “I’m confident that Thai football will improve as a famous player like him agreed to join us.”

The 36-year-old striker, who scored 183 goals during eight years  at Liverpool and won 26 England caps, is due to arrive in Thailand on Friday and undergo a medical check-up, Ronnarit said.

“The contract has already been signed. We just need to work out a few details,” said Ronnarit, who declined to reveal the length of  the deal.

Fowler would be by far the highest profile player in the Thai Premier League, whose other foreign stars include Christian Kouakou  of Ivory Coast, Ney Fabiano of Brazil and Japan’s Kazuto Kushida.

Fowler announced in early June that he would not be returning to  Perth Glory for another season for family reasons. He suggested at the time that he planned to return to Britain to complete his coaching badges.

Fowler played two seasons in the A-League after first turning out for the now-defunct North Queensland Fury.