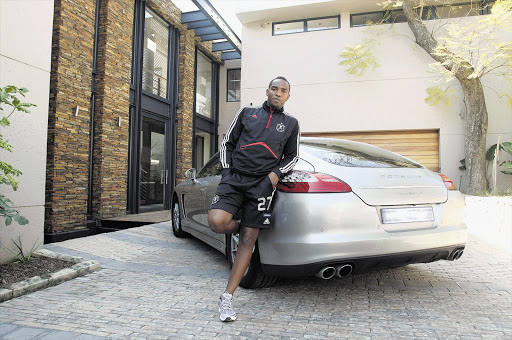 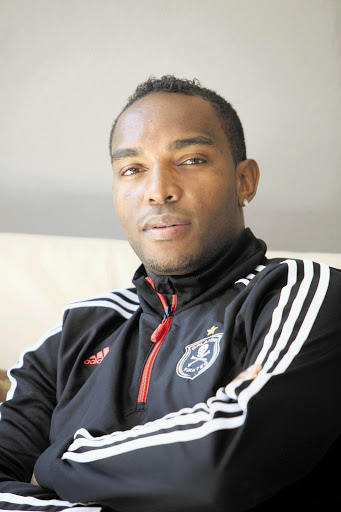 Benni McCarthy's painful divorce and the death of his father are among the reasons he decided to return to South Africa.

The controversial soccer star, 33, is one of the country's most successful sportsmen. He returned to the country after spending 13 years playing in Europe's top leagues.

In a candid interview with the Sunday Times, McCarthy, who joined Orlando Pirates this week, talked of the big money he earned and the pressures that came with it. He also said that:

McCarthy and his former wife were together for seven years and have three daughters: Minna, 6, Miya, 5, and Allegra, 3.

"We got divorced during my second year at Blackburn Rovers, in 2007. She did not really want to leave Spain and it became a problem," he said.

"When I was at FC Porto it was okay because it was just an hour's drive away from Portugal to Spain. It was a problem when I moved to England."

He said: "Spanish people are not good travellers and they never want to leave Spain. Even the players leave for one season and they want to go back home."

McCarthy, the only South African to win a Uefa Champions League medal, when he starred for the victorious Porto team, said he and Jose-Santos had parted without acrimony.

"We are still very good friends - we have to be for the kids. As a footballer you travel a lot and I prefer the kids growing up with their mother. I get to see them on holidays and any time I want to," he said.

"Of course I miss the kids every single day. They are the reason why I want to be successful and everything I do in life, I make it for them.

"I don't ever want to be in situation where their daddy was a popular footballer and now they have to go and work for a pittance. I want them to have the best upbringing and nothing like I had it growing up in Hanover Park (on the Cape Flats)."

Recalling one of the most controversial moments in his career, McCarthy denied bringing prostitutes to the team hotel during a Bafana Bafana training camp prior to the 2010 Fifa World Cup.

He and goalkeeper Fernandez eventually did not make the team.

"We did not bring girls to the hotel. We were given a night off and when we got back there were girls in the foyer who recognised me. They asked for a photo and one of them asked for my Bafana Bafana shirt.

He explained that "poor Rowen was not even involved" and that he hoped one day "he forgives me".

McCarthy also ascribed his alleged refusal over the years to play for the national team to "European clubs (that) don't respect African players".

"They get them for peanuts and sell them for big bucks. And, when it comes to releasing you for the national team, they give you problems.

"They don't give a rat's ass what happens to you and your country. They say if you want to save your career, sign this statement that says you want to concentrate on your club career."

He said "every club" he played for, with the exception of Ajax Amsterdam, "victimised and intimidated" African players.

He said he had received better offers for his services from the US and Saudi Arabia but one of the reasons he came back to SA was that he had been homesick for the past three years.

"My dad passed away and my mother is on her own in Cape Town. I have done enough travelling. I have seen the world and very beautiful places but I have not really lived my life back home. As a South African I never felt like I was going to live the rest of my life overseas."

His father Dudley died in 2008 after suffering complications related to diabetes.

"This is the time now to make a base for myself here. I lived in Amsterdam and, just as I was getting comfortable, I had to move to Spain. You start buying a house then it's boom, you have to move on to another country like England. Even though England is the best when it comes to football, I could not live in that country."

McCarthy said he now planned to buy a house in Johannesburg.

"If Pirates is a success story then Cape Town will be my second home. My mother is there. I have the luxury of having a house in Cape Town and also in Johannesburg. That's why famous actors have homes in a number of cities.

"Joburg is fast. I like it. You want to go to Cape Town on holiday and relax on the beach. I have lived in big cities where life goes at 100km/h, so Cape Town will be a little boring."

But, despite these sentiments, he said he would never "turn my back on Cape Town".

He said the money was a godsend - particularly for a kid who had been a petty thief in his younger days.

"We sometimes robbed people in the train. We used to steal just like the other boys in the Cape Flats. I was a devil. I was lucky because I had a strict dad. If my dad found out he hammered me. So I had to choose.

"Now I was able to buy mom a big house in the suburbs. But, money is not everything. You can afford luxury and the good life but, money don't buy you s*** happiness."

On his fluctuating weight over the years, McCarthy said he had lost significant weight and wanted to "get fitter".