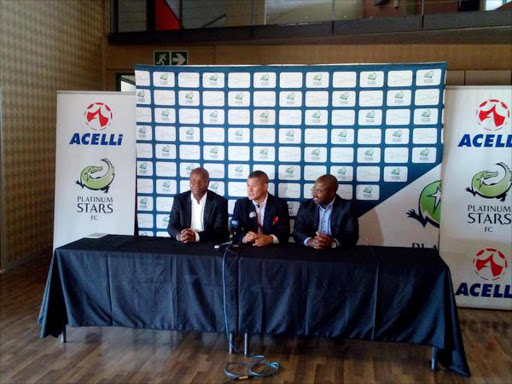 Platinum Stars have re-appointed Cavin Johnson as their new coach to replace Allan Freese, the struggling outfit announced on Tuesday.

The Rustenburg side unveiled the 56-year-old at a press conference at the Royal Bafokeng Sports Palace. Johnson guided Dikwena to a second-placed finish in 2012/13 with Freese as his assistant.

... Congratulations Cavin! We welcome you back,-)... pic.twitter.com/um7lBsqub5