Platinum Stars’ defender Thabiso Semenya's wife was killed in a car accident on Wednesday evening in Rustenburg, the club announced on Thursday. 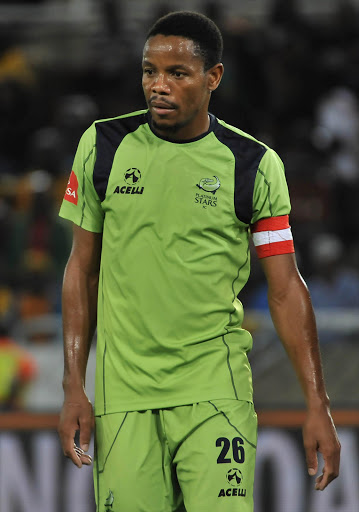 The club said that the player, who was driving with his wife to the Royal Bafokeng Stadium to watch his team take on Kaizer Chiefs, sustained “some bruises and is recovering at home from shock.” Stars won 2-0 with striker Ndumiso Mabena netting both goals.

“Unfortunately Semenya’s wife, who was a passenger didn't make it, the club said in a statement.

“We are deeply saddened and sorry! On behalf of the club, the board, the Coach, Technical, the Players and Support staff, we would like to send our deepest condolences to Semenya and the family for their loss,” said Platinum Stars’ General Manager Senzo Mazingiza.

“They are in our thoughts and prayers in these trying times.”

“The club will issue further details concerning the matter at a later stage. For now it is important that we keep Semenya and the family in our prayers and support them in whatever way we can.”