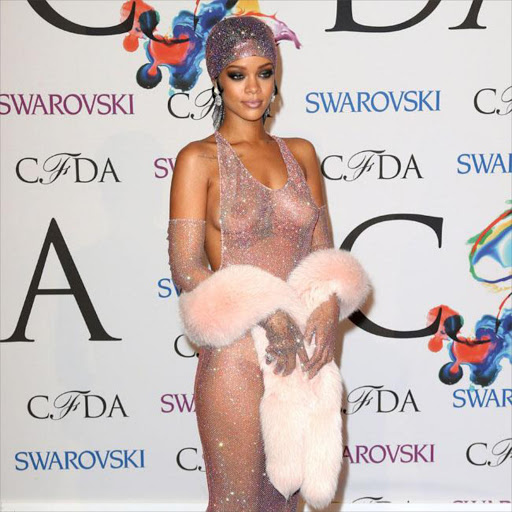 An ambitious partnership with singer Rihanna is just one of several jaw-dropping plans that Mamelodi Sundowns have lined up as part of a marketing strategy to launch the Pretoria club onto the international stage.

The Barbados beauty‚ a self-confessed football fanatic‚ and Sundowns are both sponsored by sports gear company Puma.

Sundowns spokesman Thulani Thuswa told Times Media Digital that a glamour partnership with the record-selling singer is just one of the plans they have in the pipeline.

‘‘We have plans to work with Rihanna and we will explore marketing opportunities through our sponsors Puma‚” Thuswa revealed.

‘‘We intend to grow the Sundowns brand and we intend to take it to the international stage. Watch this space.”

The world got a taste of what is to come when Jamaican sprint legend Usain Bolt posed with a Sundowns shirt in a photo that went viral on social media this week.

Green-eyed opposition soccer fans struggled to breathe when they initially saw the Bolt photo on social media and they questioned its authenticity.

An incensed Thuswa would have none of it and confirmed that the photo was real.

‘‘Rihanna‚ Bolt and Sundowns are family. People must get used to that reality. In fact‚ we had wanted Rihanna to also pose with the Sundowns shirt but conflicting schedules made it impossible to pin down a date.”

Thuswa also revealed that Sundowns fans can look forward to the Chloorkop club taking part in the Emirates Cup in the near future.

The Emirates Cup is a pre-season football invitational competition hosted by English club Arsenal at their Emirates Stadium home ground in London. Arsenal are also sponsored by Puma.

Downs‚ the reigning PSL champions‚ signed a long-term deal with Puma in July and it is believed to be worth twice as much as the Chloorkop club’s previous sponsorship contract with Nike.

The deal seems to have opened up a world of untold possibilities for Motsepe's swashbuckling champions.