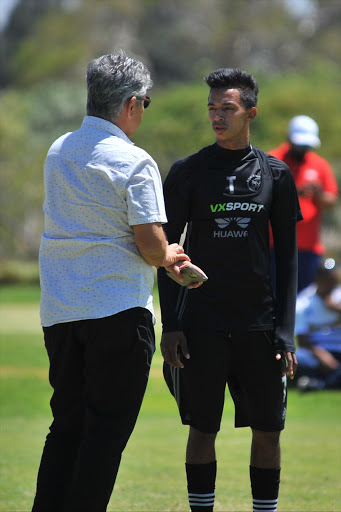 Ajax Cape Town have continued their acquisitions in the January transfer window after signing winger Sameehg Doutie on a short-term contract until the end of the season.

The 27-year-old returns to the club where he made his name before leaving for disappointing spells at Orlando Prates‚ SuperSport United and BidVest Wits.

He has most recently been playing in the Indian Super League at Atletico de Kolkata‚ but that season only runs from August to December.

Doutie has not been signed yet by the Indian side for the 2017 season and so could extend his stay in Cape Town into the 2017/18 campaign if both parties are keen to do so.

“Sameehg was brought up at the club since the age of nine so he is an Ajax academy graduate‚” Ajax CEO CEO Ari Efstathiou said.

“He left the club at the age of 21 to pursue his career with Pirates‚ he went to SuperSport and Wits – he has had two fantastic seasons in the Indian Super League.

“He has committed himself to the club to assist us for the next five months.

"Unfortunately it is going to be a short-term contract‚ you never know what happens after that – maybe he enjoys it and he stays – but his dream is to go and play in Europe and we don’t want to hinder his plans.

“It is just another attacking player who joins the club; we now have Rodrick Kabwe‚ Aubrey Funga and Sameehg.”

Zambians Kabwe and Funga have arrived from Zanaco‚ while Ajax have also brought in Rheece Evans on an 18-month loan deal from Mamelodi Sundowns.

Doutie could make his ‘second debut’ at Ajax when they play BidVest Wits away on February 7.