Kaizer Chiefs know when and where they can hurt us,’ says Ajax coach Menzo 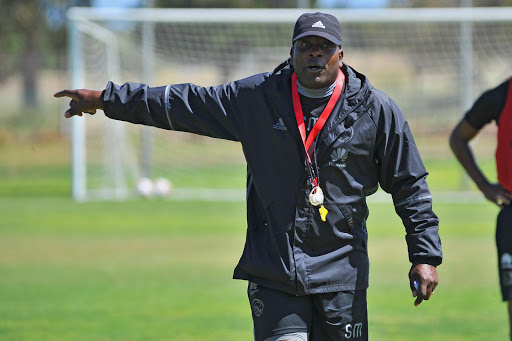 Ajax Cape Town coach Stanley Menzo has not got his side out of the woods yet but coming in to replace Roger de Sa has lifted the club away from the relegation zone.

Since taking over in late October‚ the former Dutch international goalkeeper has been tightening up the team and delivered five wins in 11 matches‚ including beating champions Mamelodi Sundowns‚ and moving Ajax off bottom slot and to 11th place in the 16-team Absa Premiership.

But he admits that he is still learning the ways of the PSL and that Saturday night’s home game against high-flying Kaizer Chiefs is a step into unknown territory.

“I don’t know the team so well but I know Chiefs are a quality team‚” he said in the build-up to the game at Athlone Stadium.

“They are a team who like to play football. I think their individual skills are great. They are also very experienced and mature so they know when and where they can hurt us. We have to be aware of that.

“We mustn’t give too much space away and we must keep the field very tight and wait for our chances.

“And when we get those chances‚ we have to be more efficient. If you get five chances‚ you have to score two‚ at least.

“The danger is that Chiefs have a lot of confidence at this moment so it will be a fight and out of that fight we have to play football.”

As for his own experience Menzo says he is delighted with the chance to coach Ajax.

“It is always good to work at a high level in football. I am seeing a lot of South Africa like this‚ going to places I probably would never go to it if it wasn’t for football‚” he said.

“It’s a big experience to work on another continent‚ to get to know another culture and different dynamics.

“Working with the team and seeing them improving gives you a lot of enjoyment‚ too. There are a lot more positives than negatives.”