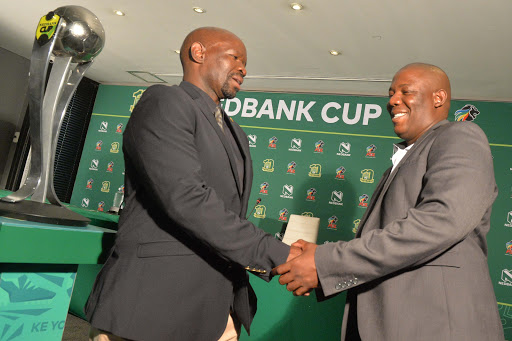 Acornbush United’s colourful coach Macdonald Makhubedu has promised his side will give Kaizer Chiefs no room to move in the compact atmosphere of their tiny Kabokweni Stadium home ground outside Nelspruit.

ABC Motsepe League team Acornbush‚ who beat high-riding Premier Soccer League (PSL) side Cape Town City in the previous round‚ meet Amakhosi in their 10 000-seater stadium 30km outside Nelspruit in the Nedbank Cup last-16 on Saturday.

Makhubedu‚ after professing that with Acornbush’s emphasis on earning promotion to the National First Division he would field fringe players‚ promised Chiefs a fiery outing at Kabokweni.

Chiefs had put pressure on the PSL to have the match moved to Nelspruit’s bigger Mbombela Stadium‚ but Acornbush resisted.

Asked what kind of a game Amakhosi can expect‚ Makhubedu proclaimed simply: “Inland.”

He elaborated: “It’s going to be a good game – two inland teams. I’m not saying they don’t play good football that side (at the coast).

“But it’s going to be a good game. Not an open game. If we wanted to play an open game we could have taken Chiefs where they wanted to go (Mbombela).

“It’s going to be a closed game in a small stadium. Very tactical.

“I’m not saying we’re going to beat them‚ but they will be shocked. It’s going to be a close game.

“It’s our home ground (Kabokweni)‚ just like Bidvest (Stadium is for Wits).

“Mbombela is not our home ground.”

Acornbush are the ABC Motsepe Mpumalanga provincial champions and are preparing to take part in the promotion play-offs as they bid to graduate to the country's second division - the National First Division.