SuperSport United refuse to give up title chase 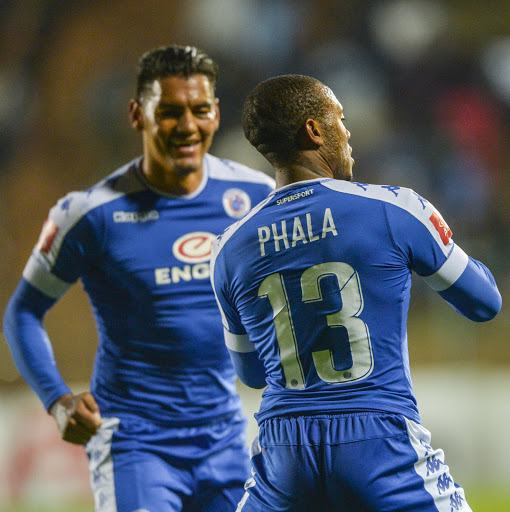 SuperSport United are not giving up on the Absa Premiership title race‚ a 1-0 win against Bidvest Wits at Bidvest Stadium on Tuesday night having brought them back from the brink of slipping out of the race.

SuperSport assistant coach Kaitano Tembo‚ on the bench on Tuesday night while head coach Stuart Baxter had a medical operation‚ pointed out that fifth-placed Matsatsantsa have more games against teams ahead of them.

If they can win those – as they did at the home of Wits‚ who dropped from second to third – along with other games‚ SuperSport can still reel in the leading sides‚ Tembo said.

“We dropped nine points in the last three matches.

"And I think this also brings us back in the mix‚” the SuperSport’s assistant said.

“We still have to play Cape Town City and Kaizer Chiefs‚ so anything is possible.

“But we’re happy that we managed to get the three points.”

SuperSport had dropped off the pace in the PSL race with defeats against last-placed Baroka FC and back-to-back against defending champions Mamelodi Sundowns.

This had followed a 19-game record-equalling unbeaten run.

Their win on Tuesday saw Matsatsantsa go to 40 points‚ nine behind leaders Cape Town City‚ though SuperSport have a game in hand on the top side.

Tembo praised his players for sticking to their gameplan without head coach Baxter on the bench.

“I think our coach is a very professional man.

"And I think nothing had to change‚ because we do the same things on a daily basis‚” the ex-SuperSport and Zimbabwe defender said.

“I know what he does. We communicate. So it’s nothing new.

“I don’t think his absence really affected the team‚ because he trusts us that we know what we’re supposed to be doing. And we plan with him as well.”

SuperSport next meet Chiefs‚ who they beat on penalties in the Nedbank Cup this past weekend‚ at Mbombela Stadium on Saturday evening.